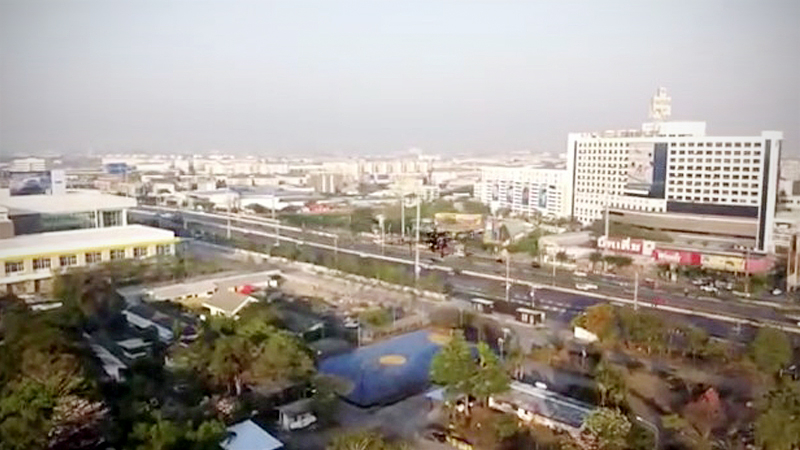 The amount of PM 2.5 dust particles in the morning was higher than in the evening, the Royal Thai Air Force (RTAF) said after they used a dust sensor-equipped drone to check particulate matter less than 2.5 microns in diameter in the air at Rama II Road in Bangkok.

Members of the Air Force team said that according to the previous statistic, the dust value in the area had exceeded the prescribed standard due to industrial factories and heavy traffic in the area. 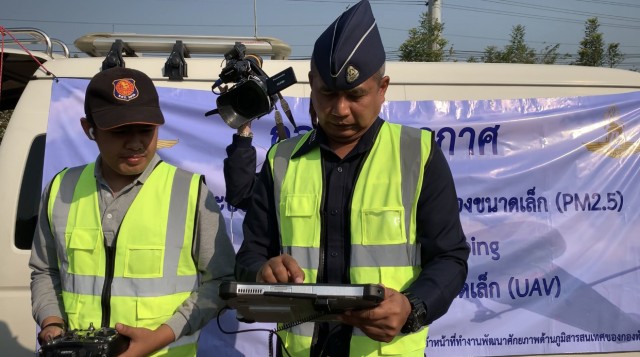 “We collected the data of toxic dust at each altitude at different periods -- morning, afternoon and evening,” the official said. “After the analysis is done, we will send the data to related authorities to issue measures to tackle the dust problem.” 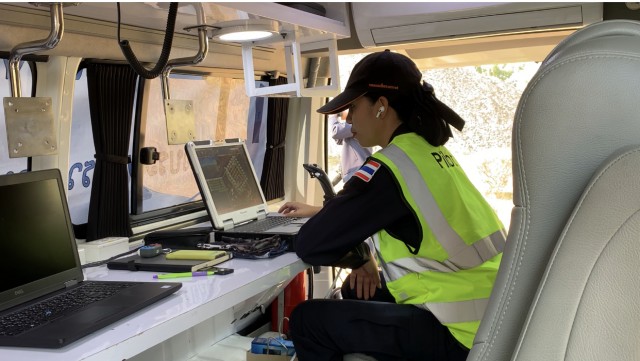 The official said that the dust value will be high during the mornings and it will decrease during the afternoon and evening. 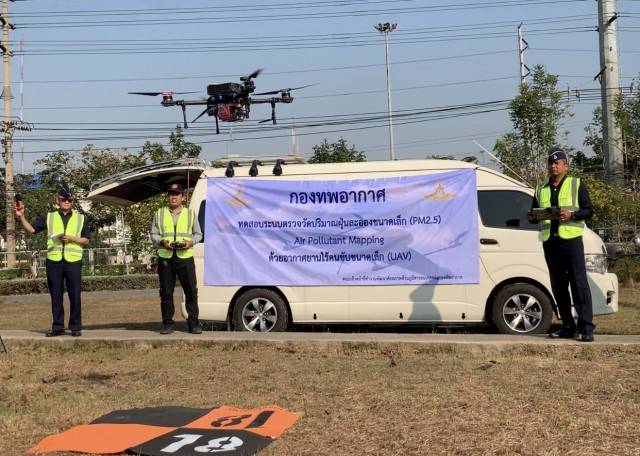 This operation is under the policy of Air Force commander-in-chief, Air Chief Marshal Maanat Wongwat, applying modern geographic information technology to the RTAF’s aviation to mitigate the impact of the disaster.