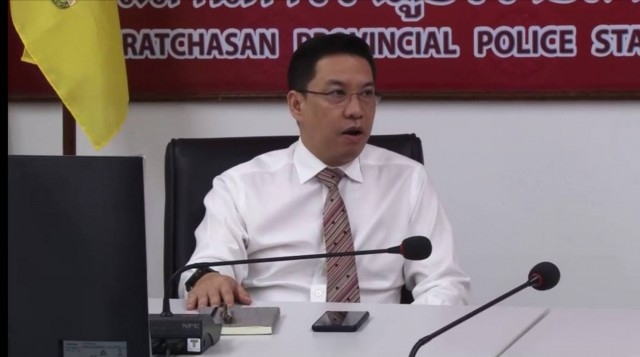 Govt to crack down on dissemination of fake news about coronavirus

The government has created an Anti Fake News Centre to work with the police in tracking down and arresting individuals who release false information about the new coronavirus outbreak on social media and other online outlets.

Digital Economy and Society (DES) Minister Buddhipongse Punakanta said that the centre will collaborate with the Royal Thai Police’s Technology Crime Suppression Division.
“So far we have arrested six persons from various locations -- Kanchanaburi, Pathum Thani, Samut Prakarn, Chonburi [Pattaya] and Chachoengsao provinces,” he said on Wednesday (February 5). “The latest case is from Chachoengsao where a 30-year-old woman allegedly posted on her Facebook page that she had found infected people at a hospital in Muang district.”

Her post was widely shared by Facebook users and some news outlets even featured it on their websites, without verifying the credibility of the source, added Buddhipongse.
The minister explained that releasing and sharing fake news would only cause panic among the public, which will ultimately lead to wrong practices in virus prevention as well as discrimination against people who only have the common flu. “In the long term, this could affect Thailand’s image as incapable of containing the virus and educating the public, which may affect the confidence of foreign investors and tourists in the future,” he added.
The minister said releasing fake news is a violation of Section 14 (2) of Computer-related Crime Act BE 2560: Uploading falsified information into a computer system which may affect national security, public safety or may cause public panic.
“The maximum punishment is a Bt100,000 fine and/or five years imprisonment, and this will also be applied to persons who share the fake news,” Buddhipongse warned.