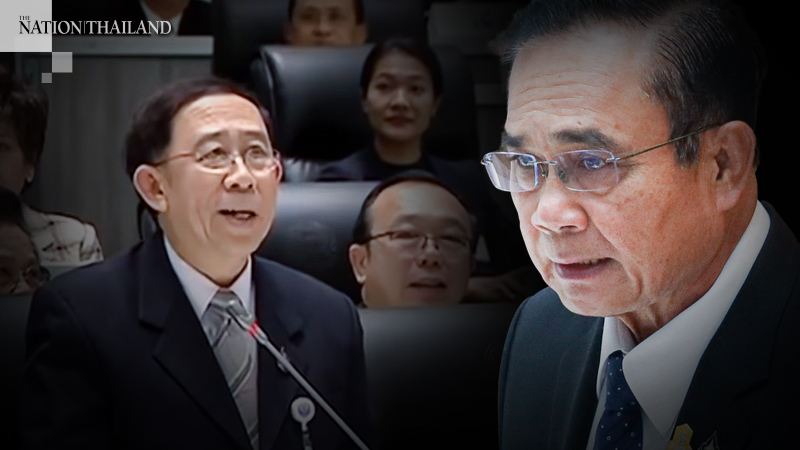 Former New Economics Party (NEP) leader Mingkwan Sangsuwan spoke for two hours last night (Feb 24) on the first day of the censure debate, stressing the lack of trust of Prayut Chan-o-cha, Prime Minister and Minister of Defence, due to his poor performance in economic management resulting in growing hardship for the general public. Mingkwan claimed many had lost their jobs since the beginning of his government and some even committed suicide.

In addition, Thailand has risen to the top spot in the ranking of inequality globally from eleventh place in 2015. , he said, adding that part of the problem could be attributed to the huge wealth of rich families in the country.

Meanwhile, the ‘eat, shop, spend’ economic stimulus only benefit the capitalists, he said, pointing out that Thailand is known for street foods but stalls disappear when the government moved to tighten control of the pavements.

The premier agreed with the issues raised and criticism from Mingkwan because they were constructive. However, in solving a problem, the decision is based on the legality and the joint decision of the cabinet, he said . He said critics should look at the government's perspective in tackling problems rather than focusing on failures.