Students at several universities and a Bangkok high school were on Thursday (February 27) continuing protests that began on Monday over the government’s perceived undermining of the Constitution, which they blame for the pro-democracy Future Forward Party’s dissolution.

At Silapakorn University in the capital, students gathered in the courtyard with signs echoing elements of this week’s censure debate in Parliament, such as government spending on “information operations”.

At Burapha University in Chonburi, 1,000 students called for full freedom after years of civil rights being politically suppressed and demanded to know why the national budget earmarks more money for defence than education. 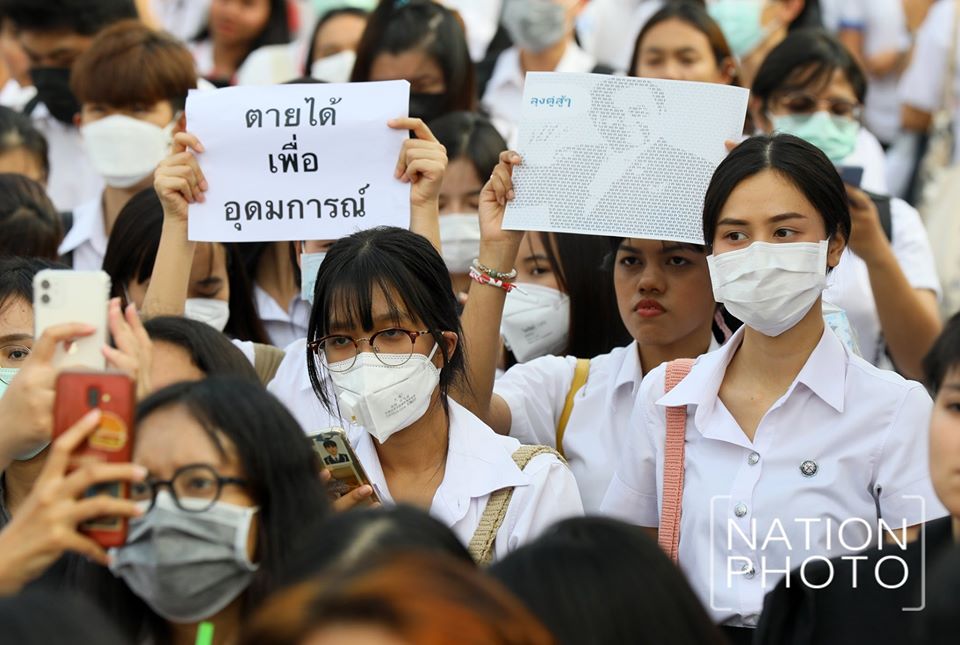 Burapha instructor Olarn Thinbangtieo said students have suffered political suppression since the coup in 2014 and want to see improvements in Thailand.

The current student movement was non-violent and respected the law, he said, characterising it as “only a symbolic expression” of opinion.

At Srinakharinwirot University, also in Bangkok, students discussed freedom of speech and the fact that eight political parties have been disbanded since 2006.

The parties are institutions that reflect the Constitution and allow citizens to participate in politics through their chosen representatives, it was agreed.

Administrators of Satriwithaya School in Bangkok’s Phra Nakhon district barred students from holding further political gatherings on the grounds, so the youngster instead took their signs decrying “dictatorship” to the Democracy Monument.

One of the group’s leaders said they represent the new generation, which supports democracy, and do not want their political views suppressed.