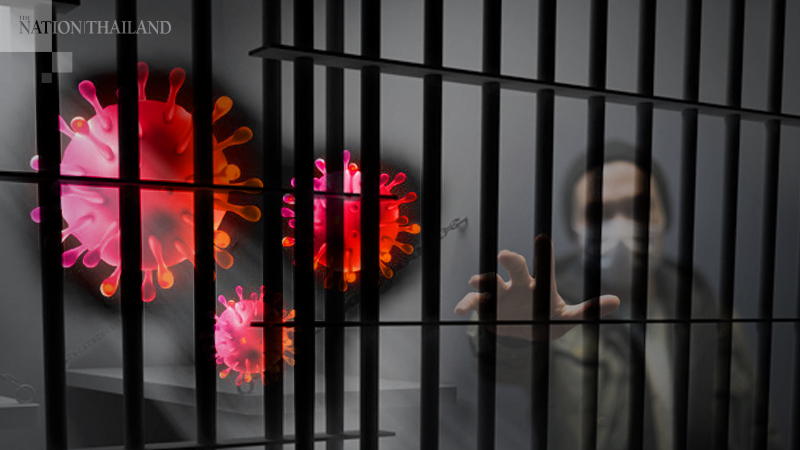 New accounts of coronavirus infections in Iran's prisons have alarmed Western hostage negotiators seeking to ensure the safety of American and European detainees in the country's notoriously cramped and unsanitary facilities, according to diplomats.

The spread of the virus in Iran, the epicenter of the outbreak in the Middle East, poses a daunting challenge for Western negotiators, given the array of medical challenges the detainees already face and strained diplomatic relationships with the Iranian regime.

Iran has struggled to manage the outbreak, even among its most senior government officials, arousing concern about the welfare of the Western detainees it has branded as spies, traitors and counter-revolutionaries.

On Tuesday, Iran's health ministry reported at least 2,336 confirmed infections nationwide and 77 deaths. Experts believe the actual number of infections in Iran is much higher.

Several prominent Iranian officials have died of the virus, including an adviser to Iran's supreme leader and a recently elected lawmaker.

Families of Westerners detained at Tehran's Evin prison, where some of the detainees are locked in cells with 10 to 20 other prisoners, are pleading with the Iranian government to grant their relatives medical furloughs or allow house arrest.

Siamak Namazi, an Iranian American dual citizen who was sentenced to 10 years in prison in 2016, had slept several cells down the hallway from a prisoner who recently tested positive for coronavirus and was later quarantined, said Jared Genser, an attorney for the Namazi family.

"I urge Iranian authorities to facilitate Siamak's release on a furlough as rapidly as possible so that he can self-quarantine without risk to any further exposure," Genser said.

Nazanin Zaghari-Ratcliffe, a British Iranian who is also being held at Evin, said she believes she contracted coronavirus, though she has not been tested.

"I am not good. I feel very bad in fact. . . . At the beginning I had a runny nose and a cough. Now I have this continual cold sweat. I have a temperature, though not all the time. The past couple of days I have been shivering every night," she said in a statement released by the family.

Family members say conditions in Evin will probably accelerate the spread of the disease.

"We're beyond desperate. There's absolutely no way of dealing with what is unraveling in Evin prison," Babak Namazi, brother of Siamak, told The Washington Post. "There's a lack of testing kits available in the prison, a lack of disinfectants, and everyone is packed in together."

Siamak Namazi, the longest-held dual national in Iran, is accused of "collaborating with enemy states," and Zaghari-Ratcliffe is accused of espionage. Both deny the charges. Nearly a dozen dual national and foreign detainees are known to be in Iran as of December, according to the Center for Human Rights in Iran.

The family of Michael White, a U.S. Navy veteran detained in Iran since July 2018, is also concerned that he could contract the disease, which they fear would be fatal given his preexisting health conditions, including cancer.

"Given that the prison staff have repeatedly failed to provide adequate health care to Michael, it's unfathomable to think they're going to take serious measures to prevent Michael or anyone else from contracting coronavirus," said Jonathan Franks, a spokesman for the White family. "It's especially concerning for Michael because he's already immunocompromised from his cancer."

Some European governments have appealed directly to the Iranian government about protecting their citizens from coronavirus, diplomats said, speaking on the condition of anonymity to describe sensitive discussions.

Efforts by British officials appear to have shown some success. Last weekend, the British Foreign Office issued a statement calling on Iran to "immediately allow health professionals into Evin prison to assess the situation of British-Iranian dual nationals there."

On Tuesday, Iran announced that it would temporarily release more than 54,000 prisoners in an effort to stop the spread of the coronavirus. Although the country continues to deny that prisoners have contracted the virus, a spokesman for the judiciary indicated that Zaghari-Ratcliffe would be released on furlough to her family.

It is unclear, however, if Iranian American prisoners will have their requests granted.

The United States, which does not have diplomatic relations with Iran, has worked indirectly through the Swiss government, which represents U.S. interests in the Islamic Republic.

A State Department spokeswoman said the "safety of Americans is always the top priority for the Trump administration."

"We are working with the Swiss on a daily basis to ensure the health, safety and release of U.S. citizens currently imprisoned in Iran," she said.

The two nations have had a threadbare relationship ever since the Trump administration withdrew from the Iran nuclear deal and reimposed economic sanctions on the country.

Secretary of State Mike Pompeo said Friday that the United States offered to provide assistance to Iran to help manage the outbreak. Iran's Ministry of Foreign Affairs rejected that offer, however, accusing Washington of trying to use the crisis as a propaganda opportunity against the regime.

"Since the outbreak of the virus in Iran, we have been observing the U.S.-led anti-Iranian propaganda campaign and know about the measures the Americans have taken to reduce the Iranian nation's morale," said ministry spokesman Abbas Mousavi, according to Mehr News Agency.

Europeans appear to be having more success in providing aid to Iran. On Monday, Britain, France and Germany announced that a plane filled with "equipment for laboratory tests, as well as other equipment including protective body suits and gloves" would arrive in Iran on Monday. The nations have pledged more than $5.5 million in aid to the country.

"There have been multiple reports of people testing positive for coronavirus in Evin prison, so many families are worried," said Tara Sepehri Far of Human Rights Watch. "Given that they all share space together and many prisoners already have weaker immune systems from lack of access to medicine or hunger strikes, this can very quickly become a disaster."