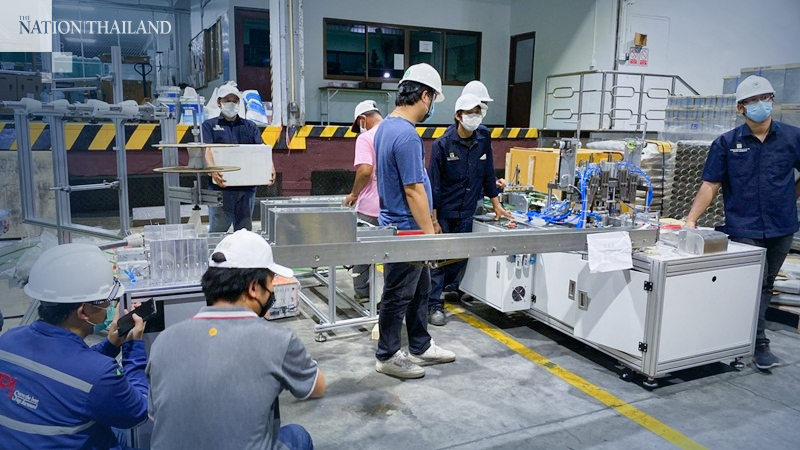 The machines will be installed in a factory to produce free face masks for medical personnel and ordinary Thais, being built on the orders of CP’s senior chairman Dhanin Chearavanont.

The factory construction is more than 80 per cent completed, said company officials.

“The imported surgical mask machine can produce 50,000 masks a day, and we expect the second machine to arrive on April 9 [Thursday],” the officials said.

“After the two machines are installed, the factory’s production capacity will be 100,000 pieces per day, or 3 million pieces per month.”

Over the past three weeks, CP has been rushing to finish construction of the factory and its cleanroom.

“Today (April 6), the mask machine will be sent to the factory for assemblage and testing,” the officials said.

“We will teleconference with foreign experts for information on how to install and configure the machines.”

The officials added that the importation process had been difficult because countries around the world were now competing to equipment to fight their own Covid-19 battles.

“CP was forced to adapt to the situation by transporting the machine through various methods until we achieved success today,” the officials added.