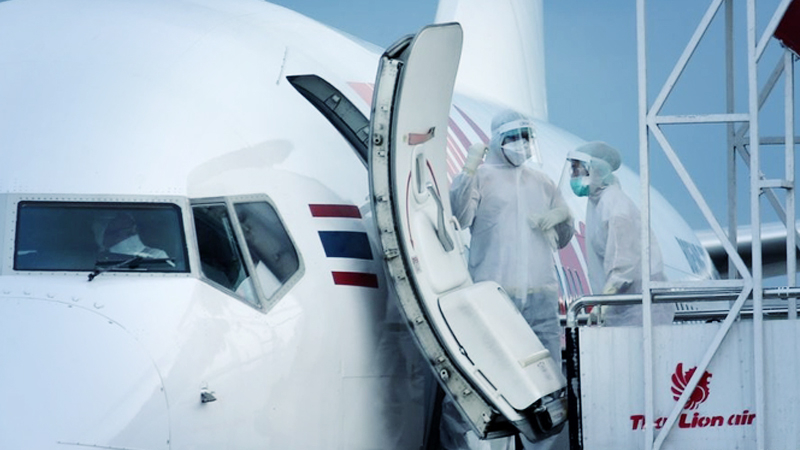 Forty-two of 76 Thais who returned from Indonesia on Monday (April 6) are Covid-19 patients, a report on Tuesday said.

Of the returnees, 22 were sent to quarantine at Southern Lak Muang Stadium in Songkhla province, including 11 suspected cases, 10 patients, and one who tested negative.

Seven returnees were sent for screening and quarantine to Seangtham Vittaya School in Narathiwat province. Five are suspected cases and two others are confirmed as infected.

In Pattani province, 13 people have been quarantined at places provided by the province. Eight are suspected cases and seven people are infected.

Amongst those who were sent to quarantine in Yala’s primary health centre, seven were infected with the virus.

The other 26 returnees have been quarantined at Songkhla Rajabhat University Satun campus, of whom16 were found with the virus.

Also, 35 LionAir staff have been quarantined in a hotel in Songkhla’s Hat Yai district. They had no suspected symptoms.