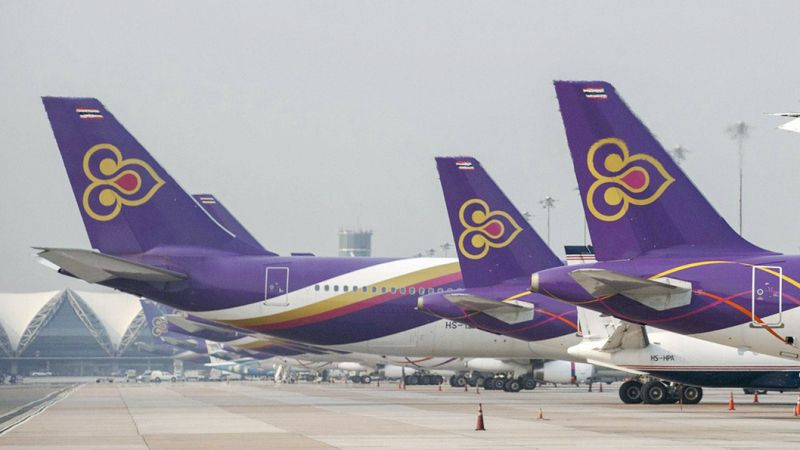 The Thai Pilots Association is asking for financial assistance from the Commerce and Transport ministries after 40,000 airline employees were affected by an emergency decree. Several airlines have grounded most of their flights and there are only 12 flights between provinces left at the moment.

About 40,000 airline employees have lost their incomes because of the Covid-19 crisis.

The association has appealed to the government for subsidies for airline employees, especially those of Thai Airways and Thai Smile which are state-owned enterprises.

Sanong Mingcharoen, head of the pilots association, said that workers in airline businesses have not received any financial aid from the government but they were obligated to obtain money from social security because airlines could not be closed like other businesses.

The cancellation of flights had hit airlines' revenue hard. For example, Thai Airways had cut staff salaries by 10-50 per cent. The staff of new airlines usually receive lower salaries than the established ones but even their salaries are being reduced.

The association opened registration for airlines employees seeking financial aid from the government. Employees whose salary does not exceed Bt150,000 a year can receive Bt5,000 payment and those whose salaries exceeded that amount could seek postponement of their tax debt. Within a week, the number of registrants had reached 3,000.