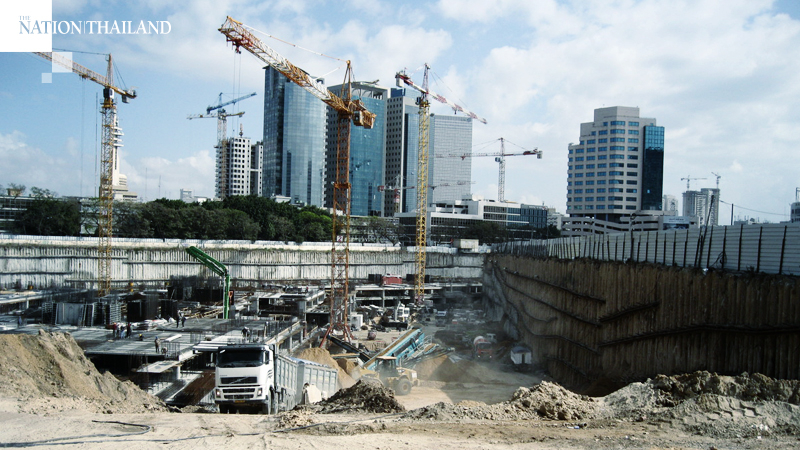 The nationwide lockdown and curfew have hit the construction industry in Thailand very badly, said Angsurat Areekul, president of the Thai Contractors Association.
The curfew has cut down on workers’ hours, while provinces closing their borders has forced daily wage earners to rush back to their hometowns, he said, adding that this exodus has created a severe shortage in labour.

He also pointed out that due to isolation measures, officials have not been able to physically check sites of government projects and have instead had to rely on teleconferences with contractors and local officials’ take on the projects.

Angsurat also said that construction projects in the private sector are expected to drop by around 30 per cent due to the economic slowdown and suspension of many businesses.

The Covid-19 crisis has also adversely affected the industry’s supply chain due to worldwide obstruction on transportation of equipment and materials.

In a bid to survive, construction businesses are also calling on the government to speed up the consideration of paying outstanding wages as well as come up with a specific procedure for the checking of projects during this time of crisis.

Government contract holders also want the government to extend the period of their contracts and issue new remedial measures.

He added that his association will propose measures to the government based on project owners’ opinions on April 20.