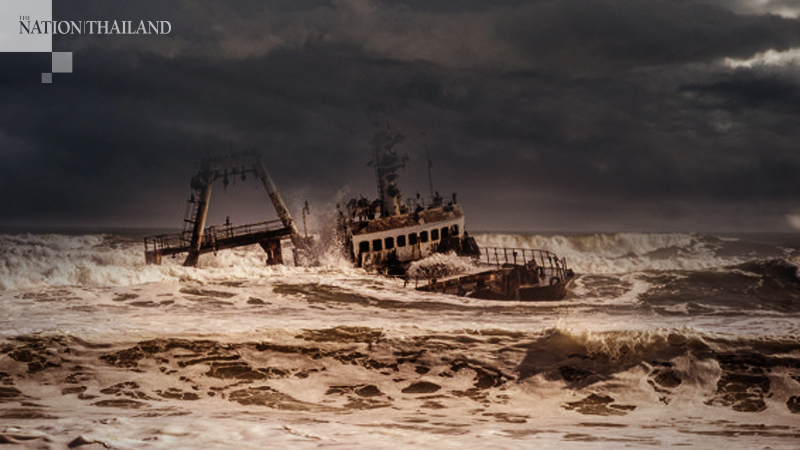 The last two members of a fishing boat that sank off Chumphon province on Wednesday (April 15) were plucked from the sea and rushed to hospital on Friday (April 17), bringing a successful end to the rescue mission.

The trawler with six crew aboard was overwhelmed by high seas during a storm on Wednesday night.

A fisherman Ratree Chantarat said four of the men had been plucked from the sea by local fishermen on Thursday but the remaining two crew members, both Myanmar nationals, could not be found. The pair were finally located on Friday after spending two nights in the sea.

The superintendents of Lamae and Paknam Langsuan police stations in Chumphon, Niwat Chuenviset and Prawit Khiewsawai, together with two farmers, visited the Myanmar crewmen at Lamae Hospital on Friday (April 17).

The two men, who were on the brink of drowning when they were found, were rushed to the emergency room and are now recovering.