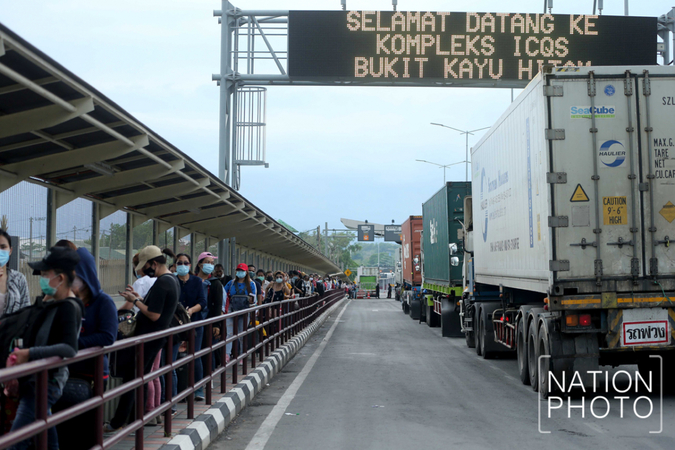 Nearly 300 Thai people returning from Malaysia were found to have entered Su-ngai Kolok without proper documentation.

On Sunday (April 19), Su-ngai Kolok Provincial Police and the immigration officer at Su-ngai Kolok district and Narathiwat province patrolled a specific area for checking Thai people travelling from Malaysia without being legally stamped in their passports.

On the first day, on Saturday, 344 people had come to the checkpoint but only 91 people had registered in advance, of whom only 48 had legal documents. In the other cases, the documents were incomplete. It was also found that four people had high body temperature and were immediately brought to a hospital.

The arrival of 300 migrants yesterday resulted in officials tightening immigration. As soon as this group returned to Thailand, they must go through a temperature screening process and face prosecution for illegally entering the city, which is punishable with a fine of Bt800 and be placed in state quarantine for 14 days, just like other Thai people returning from overseas.

Immigration officials have warned that immigration without a passport stamp from Malaysia and Thailand may affect travel to work in Malaysia in the future.

Police started patrolling the natural, borders recently after some 130 Thais, most of them labourers in palm oil, rubber and fishery businesses were found to have sneaked in.