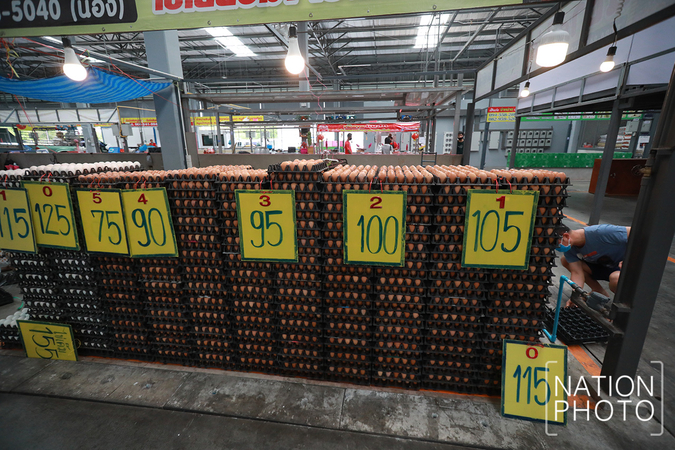 Eggs are in oversupply again. This time egg farmers are urging the government to lift the ban on exports, otherwise egg farms might have to shut down due to high costs

At the end of March, the Ministry of Commerce had banned the export of chicken eggs due to shortage, which had led to a price rise.

The private sector has now requested the government to lift the ban on export, as egg farmers cannot survive due to the high supply which has resulted in falling egg prices. The actual selling price of the farm is around Bt2.6 to Bt2.7 baht per egg, while the cost is Bt2.69 per egg. There is also an increase in water cost for raising chickens due to the hot weather, including the problem of chickens laying smaller eggs.