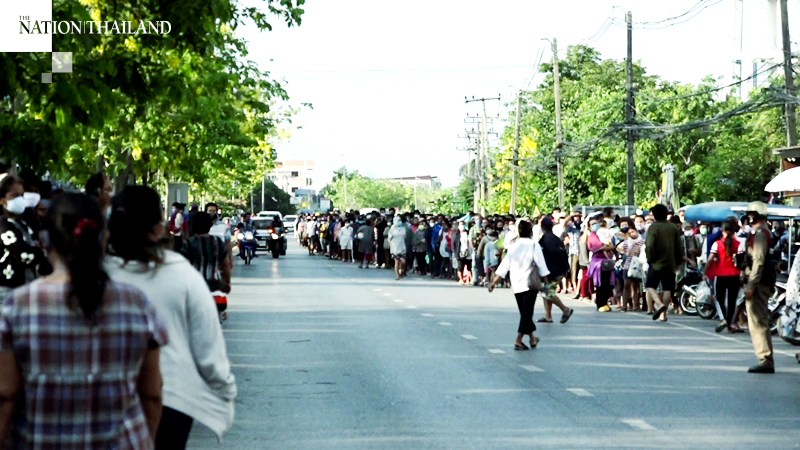 About 3,000 residents of Ban Haet district in Khon Kaen province queued up in the early hours of Sunday to collect aid packages and cash assistance.

A total of Bt300,000, raised mostly from donations, was distributed. Each person was given Bt500 cash.

The distribution of aid packages was supposed to begin at 8am but people had already started lining up at 4am.

The line was two kilometres long, requiring police and soldiers to join local government officials in the distribution.