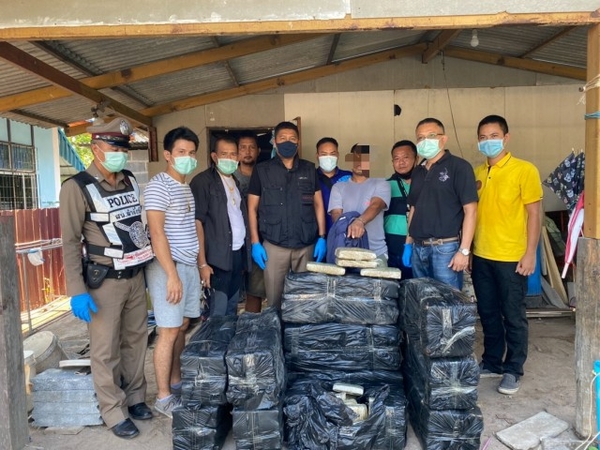 According to Lam Phak She Police Station officers, the raid was a follow-up on a sting operation that ended in the arrest of Manop Buakareem, 46, who had delivered one kilogram of marijuana to undercover police earlier that day on Suwintawong Road. 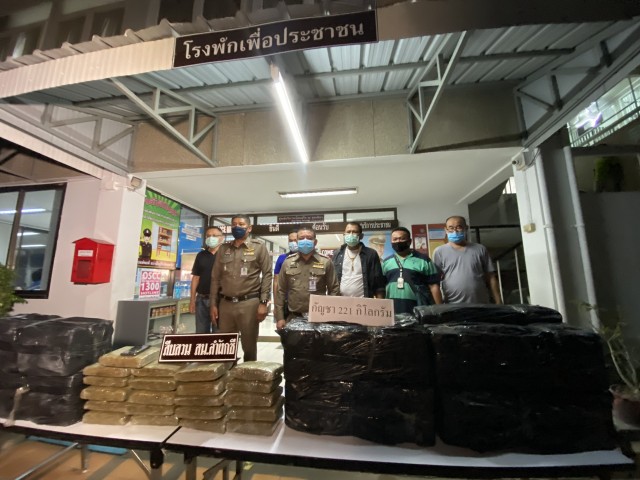 Manop reportedly confessed that he stored the drugs for another person named Naf (last name unknown), who will later come to collect them as well as pay him the storing fee.

Manop was charged with possessing a type-5 narcotic substance (marijuana) with the intention to sell and was taken into police custody.