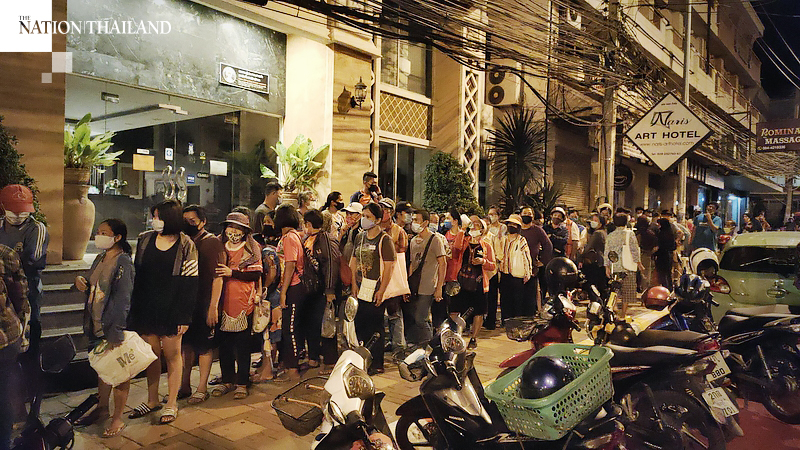 Some 1,000 locals in Chonburi province were queuing up from as early as 1am on Thursday (May 28) at Soi Thappaya 5 in Banglamung district to receive handouts of food and consumer products provided by the Norwegian Seamen's Church Pattaya.

The church distributes 2,000 packs of the handouts at 9am every Thursday to people who have been affected by the Covid-19 situation in Pattaya, the famous tourist city that has been shut down to avoid the outbreak. 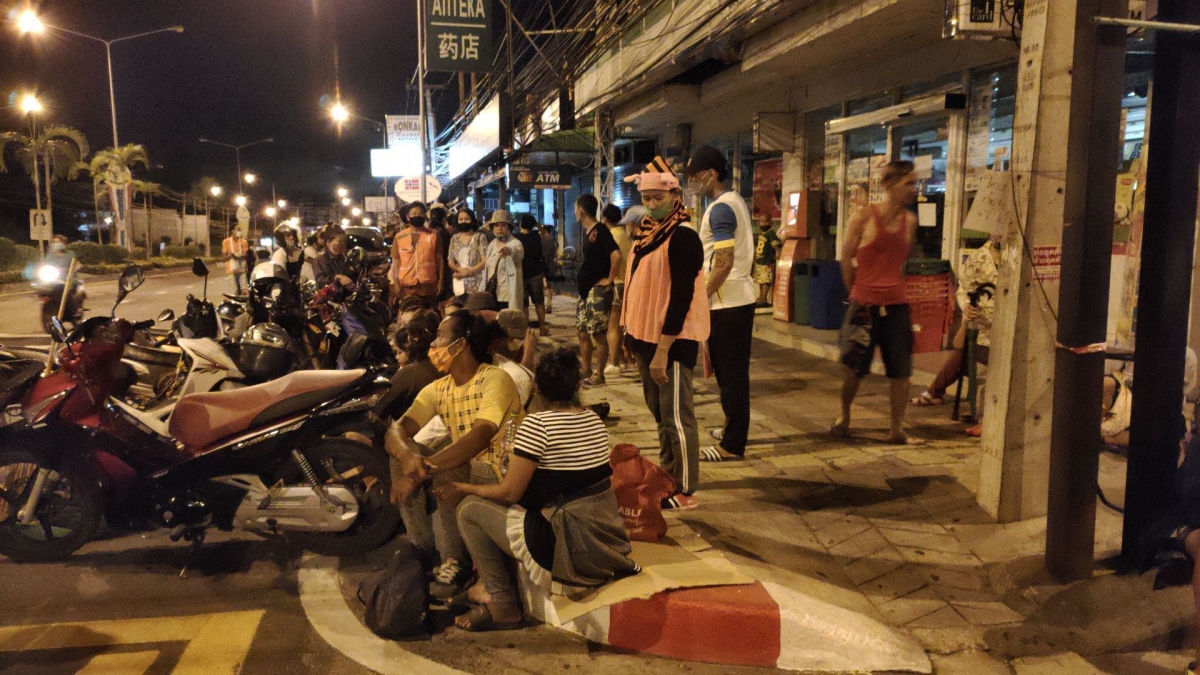 At around 3am, police officers from Muang Pattaya Station came to disperse the crowd as 11pm to 4am are curfew hours imposed by the government. However, a news source said that the crowd dispersed only temporarily and queued up again once the police had gone. 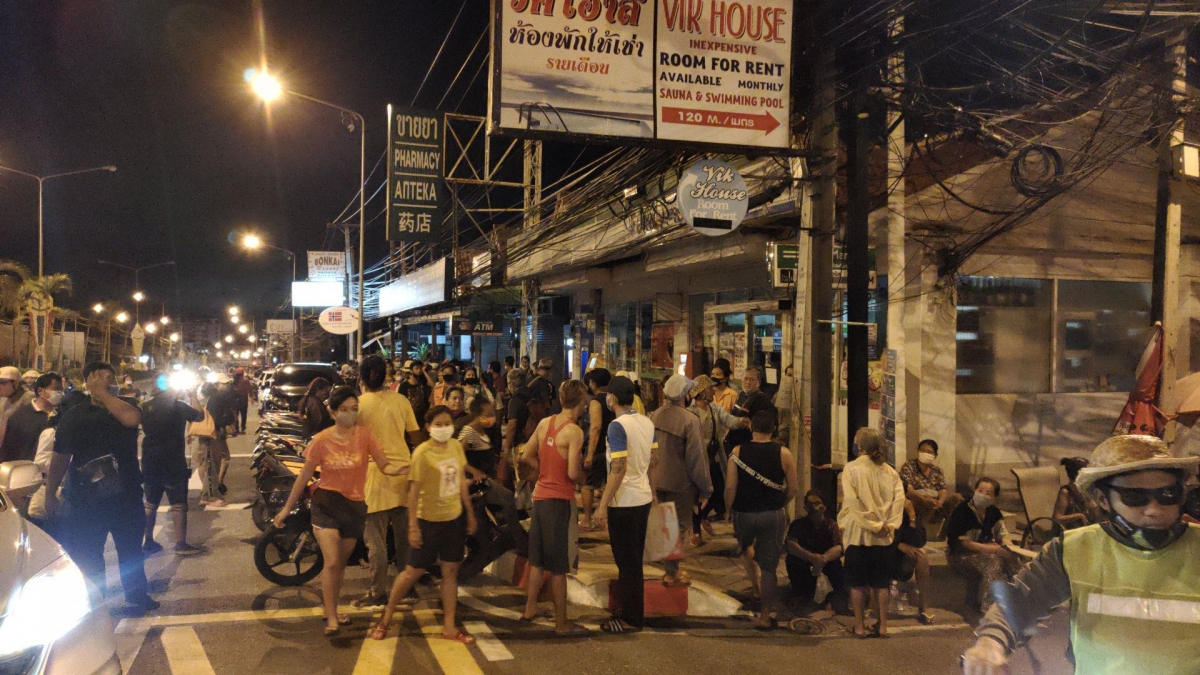 One of the villagers, whose house is located near the church, expressed concern that the gathering of the crowd could increase the risk of Covid-19 spreading as social distancing measures are not maintained in the queue, which is almost half a kilometre long. “Furthermore, their loud chattering is really annoying and kept us up until dawn,” they added. 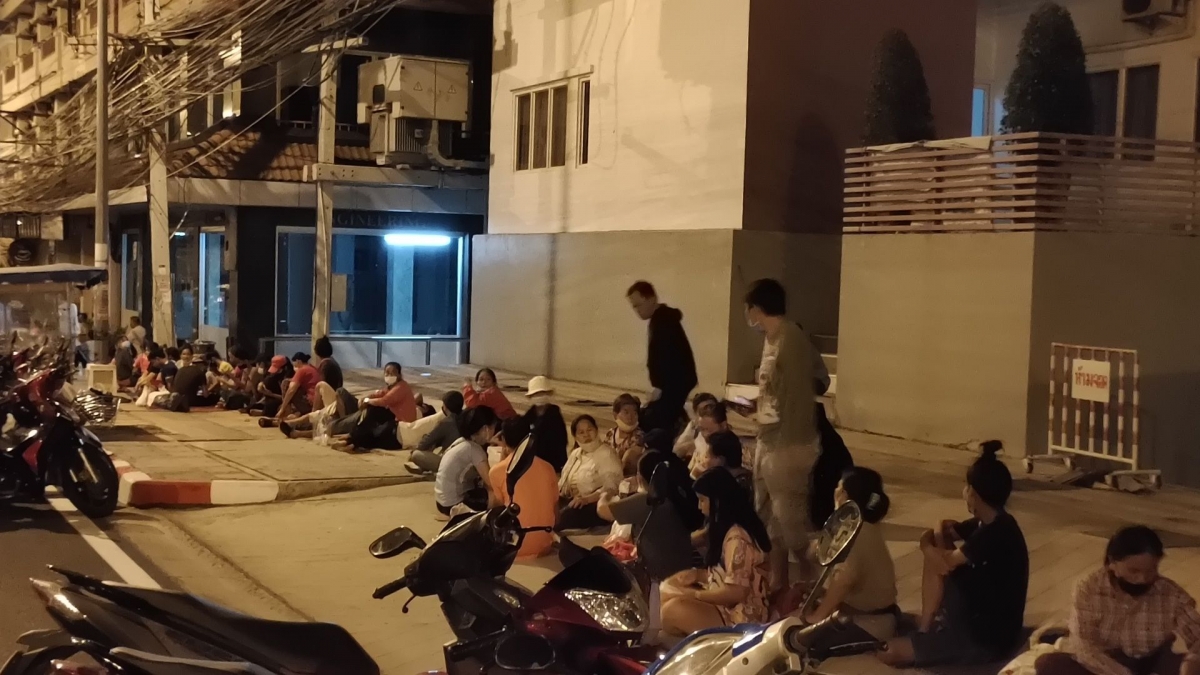