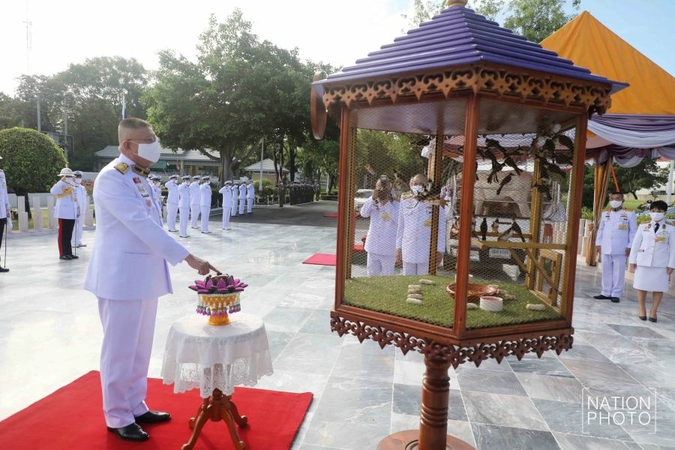 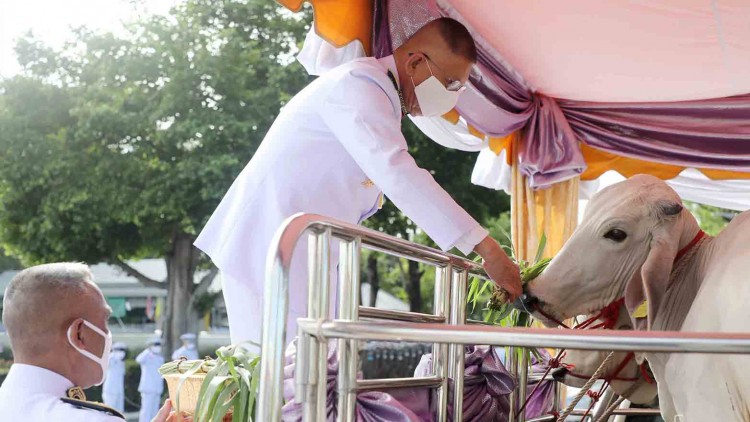 Air Marshall Pakdee released a couple of cattle, 43 red-whiskered bulbuls, 43 catfish and 5 kilograms of river snails at 8am on Wednesday to mark the Queen’s birthday. 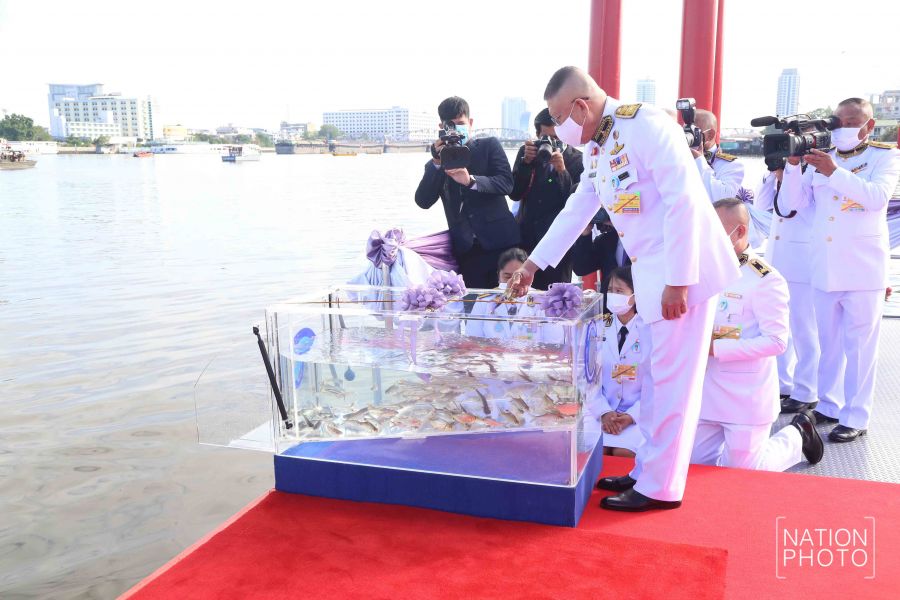 The marine animals were released at the Royal Tha Wasukri pier on the bank of the Chao Phraya. 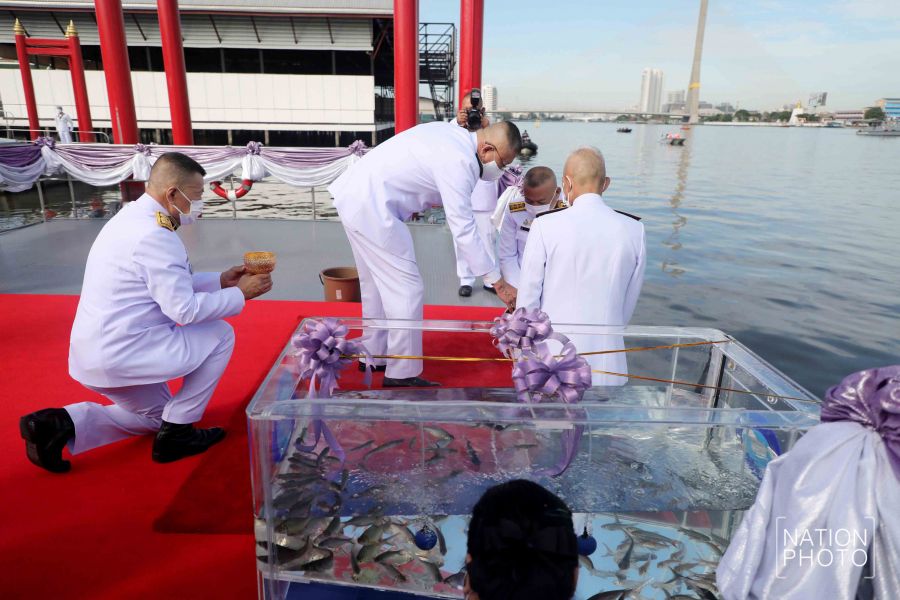