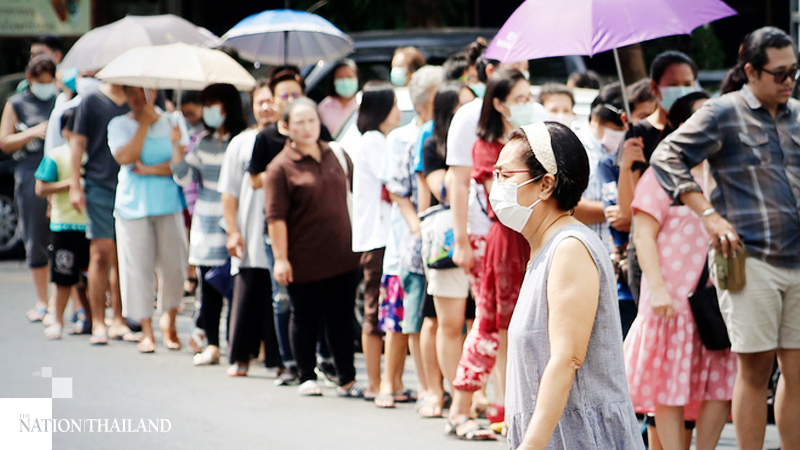 The unemployment rate of Thai people in Bangkok and nearby provinces increased to 9.6 per cent due to the impact of Covid-19 and the lockdown measures, Kasikorn Research Centre said.

The research was conducted from May 21 and 28, the centre said.

The unemployment rate would hit its highest point in the second quarter, before gradually decreasing in the latter part of this year when the state of emergency is relaxed and if a second Covid-19 wave does not happen.

Some 6.4 per cent of employed persons said that their companies would possibly close down due to the pandemic, while another 17.4 per cent informed that they could lay off staff in this situation and they would be included.

Most households facing the threat of unemployment earned lesser than Bt20,000 per month, the research centre added.

The researchers, furthermore, found that 95.5 per cent of researched households have been affected by the social distancing. Among them, 52.5 per cent had lower earnings.

The centre said that 25.4 per cent of people wanted the government to stimulate and help the economy recover, after the remedial measures implemented previously end.