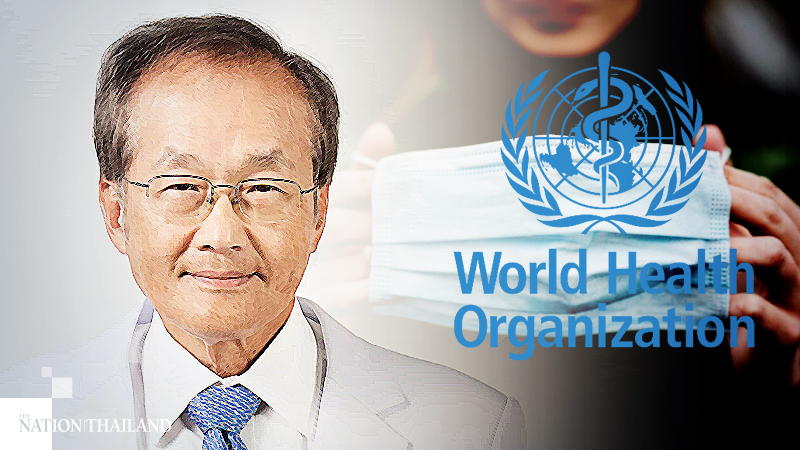 A Thai expert in respiratory diseases has slammed the World Health Organisation (WHO) for reversing its guidance on face masks and recommending that all people wear one in public.

Dr Manoon Leechawengwongs, who works at Bangkok’s Vichaiyut Hospital, said the (WHO) had misled the world after previously saying there was no clear evidence that a cloth mask could help prevent the spread of the disease.

The new guidance comes after many countries around the world, including Thailand, advised people months ago that they should wear masks outside the house.

This is not the first time the WHO has disagreed with disease control measures in Thailand and other countries. The WHO also warns against spraying disinfectants to reduce the spread of the disease, citing risks to health and the environment. The Thai Public Health Ministry and Infectious Disease Association have defended the measure at the WHO.

Meanwhile, Dr Manoon also shared his experience of another dispute with WHO representatives.

“Back in 1997, the World Health Organisation stated that examining tuberculosis drug sensitivity in developing countries is useless and wasteful. I contested that position in 1998, saying Thailand needs to check. Not knowing the [patient’s] sensitivity to a drug may mean the doctor can’t use it, because otherwise the germ targeted could become more resistant and continue to spread to others. WHO representative in Thailand at that time said my advice was irresponsible, pulling money from others’ budgets.”

He founded a fund for research into anti-tuberculosis drug sensitivity under the patronage of Princess Galyani Vadhana in 2001, to aid treatment in public hospitals. Eventually, the WHO changed its advice and recommended that all countries check sensitivity before starting treatment – but not before it earned criticism for its original policy from the Wall Street Journal in 2012.

Dr Manoon concluded that it was time for the WHO to reform and listen to different opinions so as to offer quick and accurate guidance on how to combat disease.