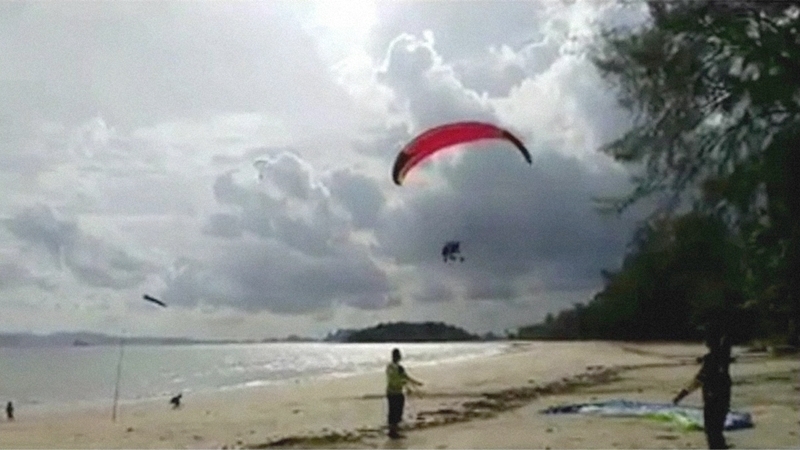 The incident took place on June 20 and the girl's parents had to rush her to Krabi Hospital. The glider said he would cover the girl’s medical expenses.

However, park chief Worapoj Lomlim said yesterday (June 22) that officials were collecting evidence to prosecute the glider and a group of others since paragliding is prohibited in the area.

There was no paragliding on the beach after the incident. The group of four to five paragliders, who arrived from Surat Thani, had already left.