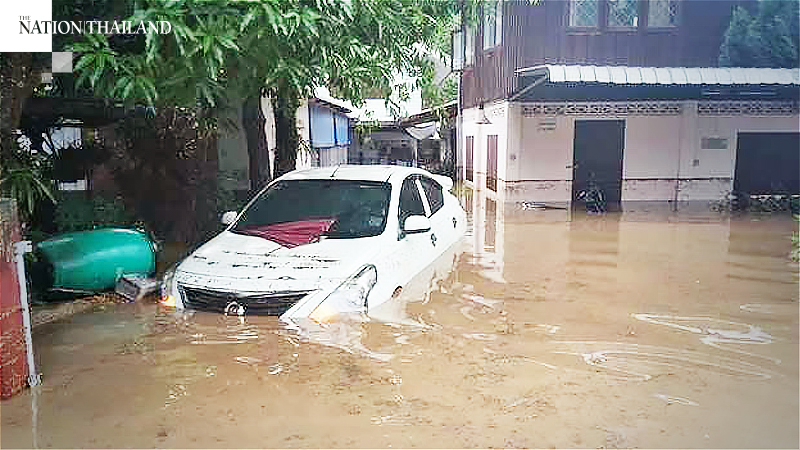 Chiang Mai’s Doi Saket district chief has launched a rescue mission for people stranded in Pa Miang village after it was hit by flash floods before dawn on Wednesday (July 8).

Jirachart Suetrakul, the district chief, said on Thursday that the flood was a metre deep and had blocked many roads in the area on Wednesday, and though the situation has improved, there is a lot of wet mud around.

So far, 30 households have been affected by the flood, and 25 vehicles have been damaged because the area got flooded suddenly and residents had no time to prepare.

About one rai of farmland was destroyed, as was farming equipment.

Pa Miang municipality and the Army arrived at the village to help remove the mud, while district officials are looking for ways to help people who have been affected by the disaster.