Police in Surat Thani province had to eat humble pie after a group of teenagers they suspected had sneaked into the forest with a pot to make drugs were found to be cooking noodles.

A Facebook user named Ake Srisuwan, who have footage of the operation, posted a set of photos and captions explaining how the officers had traced the teenagers into the forest in Kanchanadit district, suspecting they might be involved with the use of drugs. 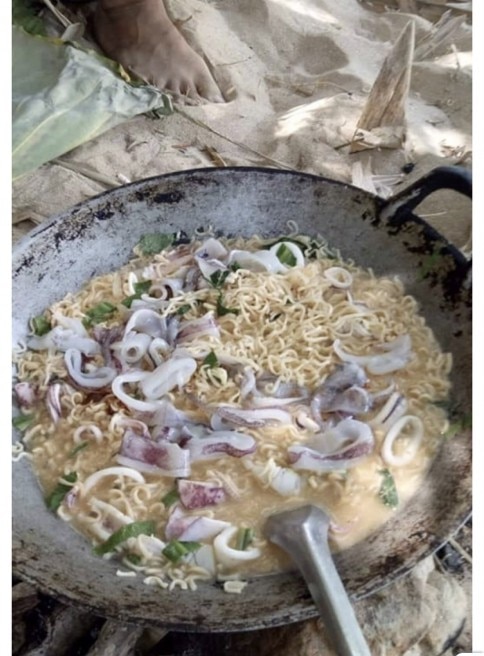 When they arrived at the spot, they were left embarrassed to find the teenagers using a pot to cook instant noodles with herbs, curry paste and squid. The teens also were shocked to see the police, the account of the incident of the incident on Facebook said.

The police did not know what to do next so left the teens to enjoy their meal but the story has gone viral on the Internet, drawing laughter from Thai netizens.