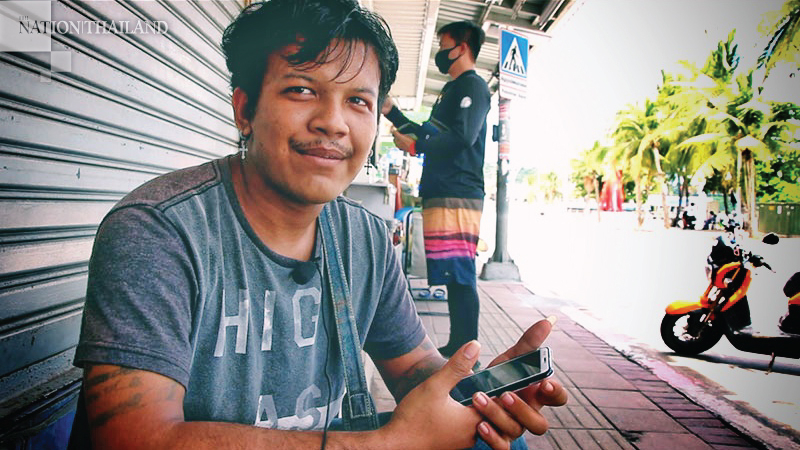 The Covid-19 crisis has affected people in multiple ways. One jobless man was fortunate enough to be uplifted by the generosity of compatriots, although he previously looked for work every day as a struggle for survival.

When the story of the hardships of a jobless man from Si Sa Ket province went viral, Thai people poured close to Bt90,000 into his account.

A report on Saturday (July 18) said that Sarawut Wongtee, a jobless man aged 22 in Pattaya City, had received Bt89,281 from people who were moved by his story on social media. The man has now posted on his Facebook, asking people to stop transferring money to him, as the amount he had received was more than adequate for his needs.

The man revealed that from the donations he had received, he had given Bt10,000 to a local restaurant so that poor people would be able to order food.

He said he also had transferred Bt9,000 to a children-related foundation, and had got work in a factory located in Rayong province.

Previously, the same man was among those hit hard in Pattaya, in Chonburi province as economic activity has slackened in the area.

Sarawut said he had walked from south to north Pattaya, looking for a job but in vain. He had only Bt5 in his wallet, which he spent to buy water.

The man said that he used to work at a pub before Covid-19 spread in the country. When the pub was closed under the government’s order, he decided to provide mats to rent out on beaches. However, the lockdown led to Pattaya and its nearby beaches being closed to the public. Sarawut said he had to sell his phone to be able to provide for his wife and child.

He lives in vacant bars and continues his search for a job every day, knocking on every possible door. Sometimes he gets Bt50-60 from cleaning dishes but that was not enough. "I sometimes need to beg for food, and feel ashamed doing that," he said.