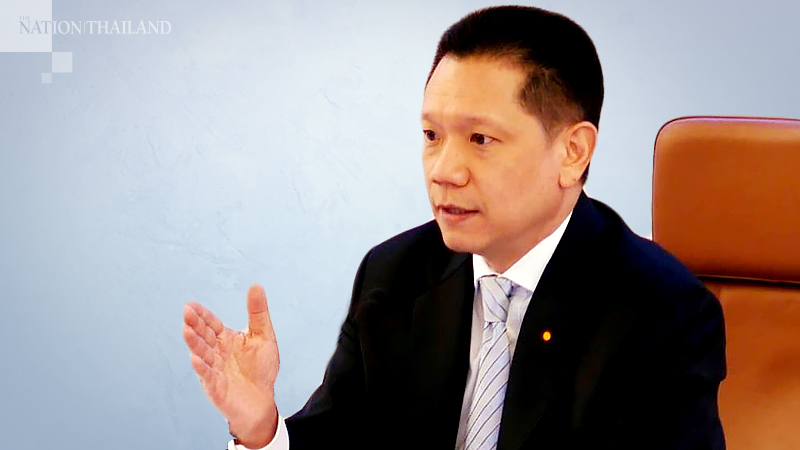 The Finance Ministry has revised down its GDP projection for 2020 to an 8.5-per-cent contraction and will launch additional measures to boost tourism.

Lavaron Sangsnit, director general at the Fiscal Policy Office, said  the ministry revised its forecast downwards from its original projection of 2.8 per cent growth.

“We forecast the economy will contract in a range of 8 to 9 per cent and exports in dollar terms will fall as much as 11 per cent, as Thailand’s trading partners have also been hit hard by Covid-19,” he told a press conference on Thursday (July 30).

Thailand’s 15 trading partners will suffer an average 4.1 per cent economic contraction, according to the Finance Ministry forecast.

Thailand’s economy is expected to plunge more than 10 per cent in the second quarter, figures for which are about to be released.

Despite the economic downturn, the baht is expected to remain strong at around Bt31.7/dollar this year. The Dubai crude oil price is forecast to be at $42 a barrel while the central bank is expected to maintain the policy rate at the current 0.5 per cent for the rest of the year, said Lavaron.

The number of foreign tourists will drop to 6.8 million from about 40 million last year.

The ministry is looking at additional measures to boost domestic tourism on top of the “Travel Together” scheme that subsidises 40 per cent of accommodation and travel costs for Thais holidaying in Thailand. So far, about 6,000 hotels of the total 60,000 nationwide have registered to participate in the scheme, he said.

The Finance Ministry is now working on new incentives for hotels to join.

“We do not expect [the scheme] to boost economic growth but we want to redistribute income nationwide,” said Lavaron.

He ruled out more relief cash handouts, arguing that the economy has started to recover.

“Out of our Bt1 trillion borrowing to aid economic recovery, about Bt200 billion is still unused and will be reserved for the future in case of a second wave of coronavirus,” he said.

The government will also accelerate infrastructure spending, which is expected to boost capital spending by 9.7 per cent year on year, he said.

However, private consumption is expected to fall by 2.6 per cent.

Due to the steep fall in exports and weakening consumption , private investment is expected to contract sharply by 12.6 per cent.

The Finance Ministry is more optimistic about next year’s outlook, forecasting GDP growth of between 4 and 5 per cent and export growth at 5 per cent. Foreign tourist arrivals next year are predicted to rise to 15 million-16 million.

The ministry expects that a coronavirus vaccine will be available by the middle of next year, which will boost the tourism industry.

Lavaron assured people that the government still had money to spend to boost the economy should a second wave of the virus occur. The Bank of Thailand recently forecast the Thai economy would shrink 8.1 per cent this year, though some research houses predict a 10-per-cent contraction.