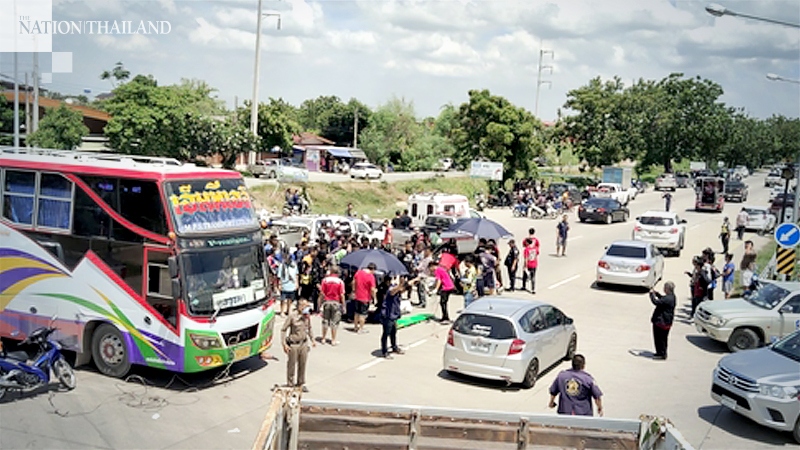 Three young bikers were killed in an accident on a highway in Suphanburi province.

Sriprajan Police Station in Suphanburi was informed about the road accident on Sunday (August 9) on Highway No. 340 Chai Nat–Suphan Buri in Wangnamsub subdistrict. 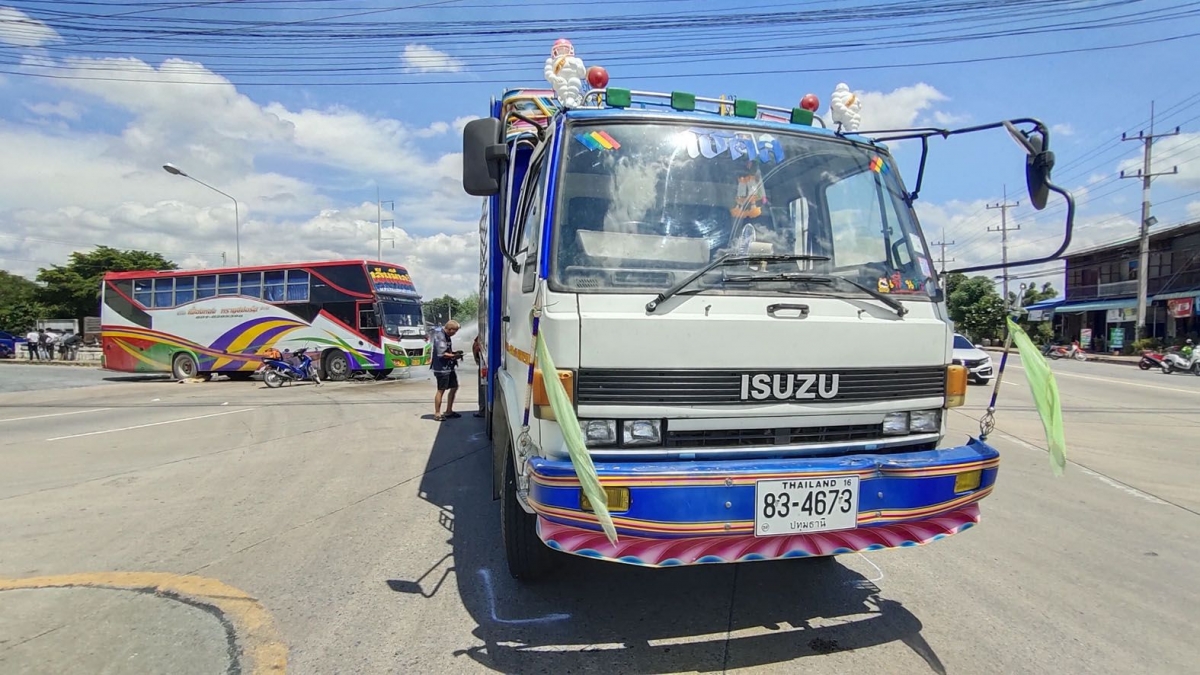 Witnesses reportedly told officials that the deceased were riding motorcycles along with the “Two-Wheel Lady” biker groups, who were on their way home from a merit-making trip to a temple in Sing Buri province.

“The three bikes accelerated to make the green light at the Sam Koh intersection, when a six-wheel truck, which was towing another bus, crossed their path,” said a witness. “The towing rope was quite long and possibly the bikers were unable to see it from a distance, causing them to violently hit the rope, sending the riders flying on to the road.”

Sakon Wutthichai, 48, the truck driver, reportedly told officials that he was driving the truck from Ang Thong to Ayutthaya, while towing the bus that was carrying employees of a factory, as it had run out of gas.

Police are reviewing CCTV footage to determine the cause of accident.