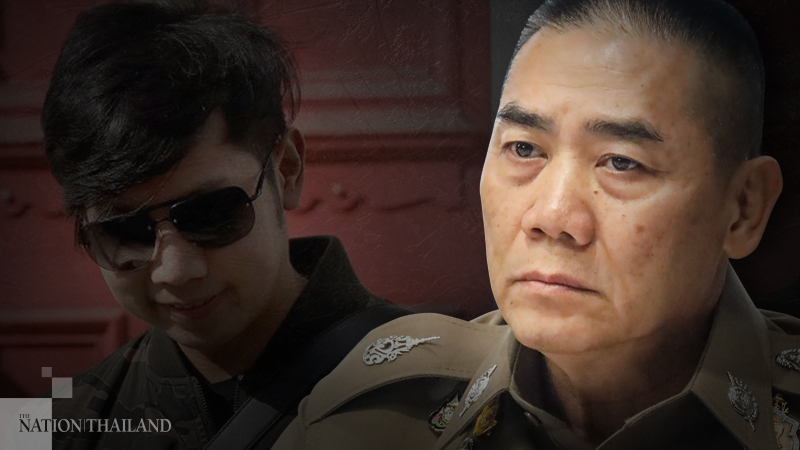 A police panel tasked probing the investigation of the 2012 hit-and-run case against Vorayuth “Boss” Yoovidhya today (August 13) said the case was riddled with flaws from the beginning, while the national police chief ordered Vorayuth should be charged with drug use and speeding.

The panel had completed the probe within the 15-day framework allotted, said its head and advisor to the national police commissioner, Sattawat Hiranburana.

The probe cleared police over their move not to oppose the prosecutor’s decision to drop the final charge against Vorayuth since it was made according to information and evidence at the time, said Pol Lt-General Jaruwat Wisaya, Assistant Commissioner at the National Police Office and a panel member.

However, disciplinary committees will now investigate 11 suspended police officers for misconduct during the case, as per previous findings of the National Anti-Corruption Commission (NACC).

The alleged misconduct covers four issues: failing to test the suspect’s urine for drugs, failing to keep evidence from additional witnesses, misrepresenting the case report, and failing to issue an arrest warrant ordered by the prosecutor.

Thonglor police who investigated whether Vorayuth was speeding at the time of the fatal incident also face punishment over 10 flaws found in their case.

1. Not investigating the police who searched the accused's house on the day of the incident.

2. Failing to administer an alcohol test immediately after the crash, meaning evidence was missing.

3. Not taking testimony from the suspect of the location and timeline of events, which may be pertinent to the drunk driving case.

4. Allowing the accused to go free on bail instead of sending him to court for immediate detention.

5. Failing to charge the accused with speeding.

6. Failing to consider drugs and reckless driving charges after a drugs test on the accused came back positive for cocaine.

7. Failing to follow the law in granting bail for the accused.

9. Evidence the investigation team failed to follow hierarchy protocol after receiving the prosecutor's case and failed to send the accused to court after the six-month period of investigation.

10. Superintendent of Thonglor police, as chief investigative officer, did not supervise investigation closely despite significant public interest in case.

Meanwhile national police chief Gen Pol Chakthip Chaijinda today ordered that Vorayuth should be charged with speeding and drug use as soon as possible as per new evidence.