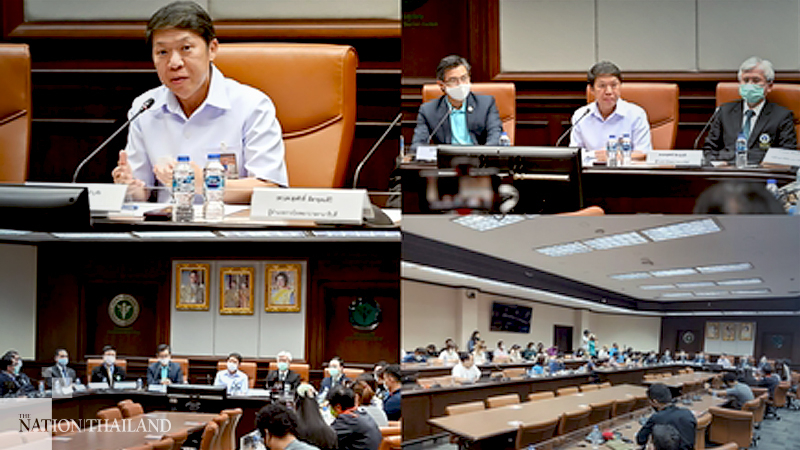 The Public Health Ministry’s Department of Disease Control (DDC) confirmed two new Covid-19 cases were found out of state quarantine, but said the risk of a second wave of infections was still low as the two had a small amount of genetic virus material, meaning the virus was "dead" and could not be transmitted to others.

Director-general Suwannachai Wattanayingcharoenchai said both patients had undergone a 14-day-quarantine and were now being treated at Ramathibodi Chakri Naruebodindra Hospital. The two women had separately sought a Covid-19 test to apply for a health certificate because they were going aboard, but the hospital tests found they had traces of the virus in their bodies.

One case is a 34-year-old woman who returned from the United Arab Emirates on June 24 without any symptoms and completed her quarantine period. A first test on June 5 found a small quantity of genetic material, but she was hardly considered as infected. A second test, conducted on July 13, again came back with a negative result. After the 14-day state quarantine, she returned to her hometown in Chaiyaphum province and continued her quarantine at home for another 10 days. Later, on August 10, she decided to go abroad and went to Ramathibodi Chakri Naruebodindra Hospital for a medical certificate. However, her virus result was suddenly positive, though it showed she had a small amount of genetic virus material in her body. She is being treated at the hospital, but doctors say she didn’t contract the virus from another person, which meant there was no risk of the virus spreading.

The other case is a 35-year-old woman, who also returned from the United Arab Emirates on June 24 without any symptoms and passed the quarantine period after two tests showed negative results. She then returned to her hometown in Loei province. But on August 16, she came to Bangkok for a medical certificate as she planned to work abroad. A test result on August 18 was positive, due to the presence of virus antibodies, and the hospital immediately admitted her for treatment.

The DDC said that even though both patients had a small quantity of genetic material in their systems, the virus was dead and hence not capable of transmitting.

The department is nevertheless tracing the history and close contacts of both patients to make sure nobody else has got infected and inform them to undergo quarantine.

Dr Sopon Iamsirithaworn, director of the Disease Control Department’s Bureau of General Communicable Diseases, noted that according to the USCDC, there was a possibility that a patient could carry the virus for up to three months without showing any symptoms. In Thailand, there was a case in which a patient carried the virus for two months. However, the virus has a low ability to multiply or spread after day 8.

As for the case of the infected Malaysian, who claimed to have contracted Covid-19 in Thailand, the DDC hasn’t yet received any information from that country’s health authorities. Some 11 close contacts of the Malaysian in Thailand have been tested for the virus and cleared after all results were negative.