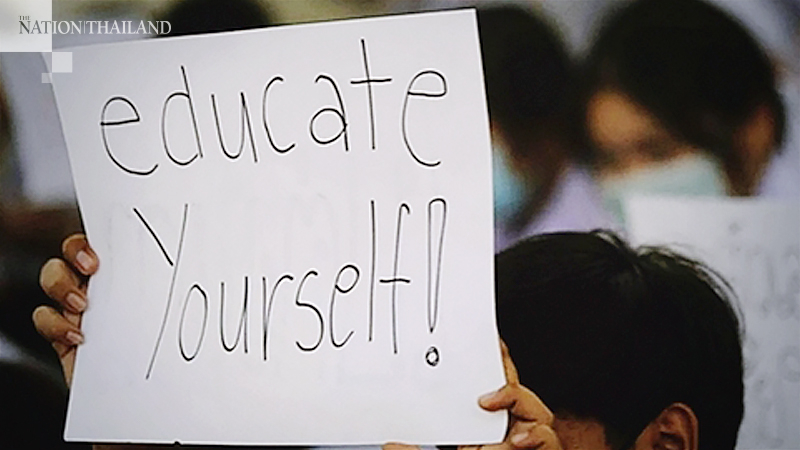 Youngsters being drawn into political activism by the explosion of Internet information may lack a deep understanding of the political situation, a prominent psychologist has warned.

Dusadee Juengsirakulwit, director of the Rajanagarindra Institute of Child Development, said the student-led movement could not be easily summed up but noted that protesters tended to be younger than before.

This was because they could access more information than in the past and analyse and react to it faster, she suggested.

Recent weeks have seen school students around the country protest in solidarity with the anti-government youth movement.

Girls are more emotionally expressive than boys and so more tend to join activities that allow them to express themselves, she explained.

However, she was concerned that the thought process of many youngsters was not fully developed, meaning they could be easily pushed into following others.

Political matters are complex subjects and need to be clearly understood, she added. Students should be encouraged and supported to voice their opinions but also educated so they can think clearly and critically, she said.