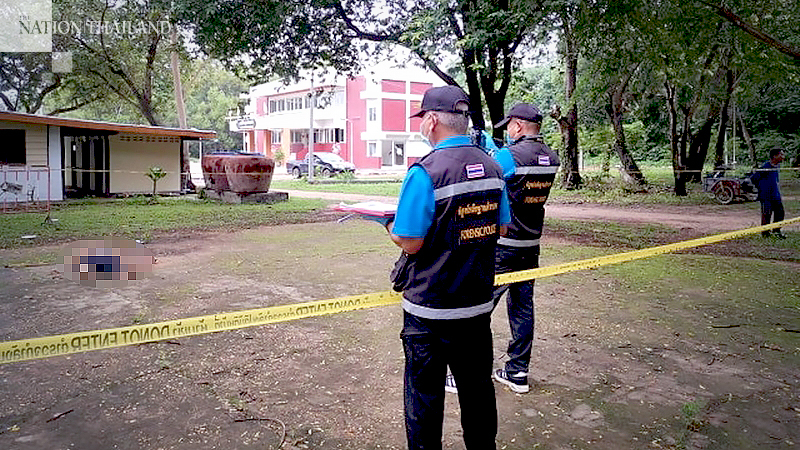 An axe-wielding man went on the rampage in Kalasin province on Thursday night, smashing vehicles and terrorising locals, before finally being brought to a halt by a policeman’s gun.

Police officer Ratchawat Saengnikul said he challenged Detsak, but instead of putting down his weapon, the axeman charged at him. Ratchawat said he drew his gun and fired warning shots, then shot the man in the legs but this failed to halt the attack. The officer said he finally aimed at Detsak’s chest, shooting him dead.

Investigators found that Detsak had a history of mental illness due to drug use. They are questioning his relatives for the case report.