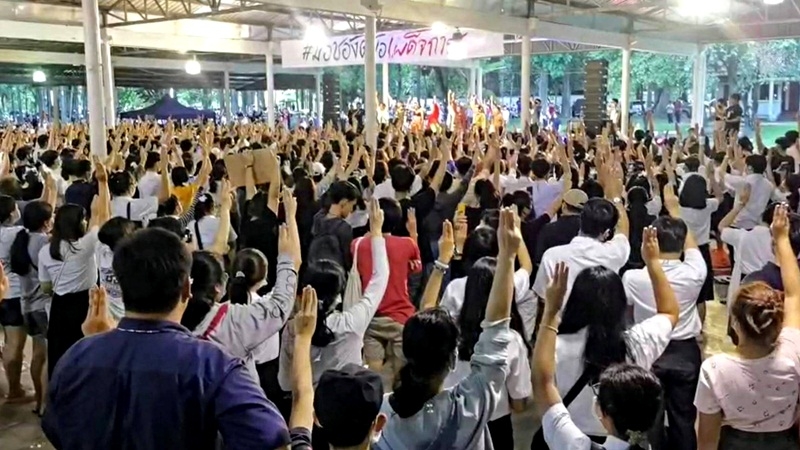 More than 2,000 students and lecturers from Chiang Mai University gathered near the Ang Kaew reservoir in the campus on Monday (August 24) under the strict monitoring of soldiers and police officers.

The activists gathered at around 6pm and began the rally by raising the three-finger salute.

Watcharapat Thammachak, 22, president of the Law Faculty’s students club, said the rally’s aim was to continue pushing the government to meet three demands – dissolve Parliament, rewrite the Constitution and stop intimidating the public.

As for the strict screening of participants to ensure no outsiders join the protest, Watcharapat said the university campus was a public place and it is wrong to stop people from joining.

He also said Covid-19 was no longer a threat as the outbreak had drastically improved, but was being used as an excuse by the government to control people.

Over the past few weeks, several anti-establishment protesters have been threatened by legal action now that the government has extended the state of emergency and put in place other measures to block people’s freedom.

“The protest’s main aim is to hear from students, labourers and even the government on how the country’s system can be improved in the future,” he said.