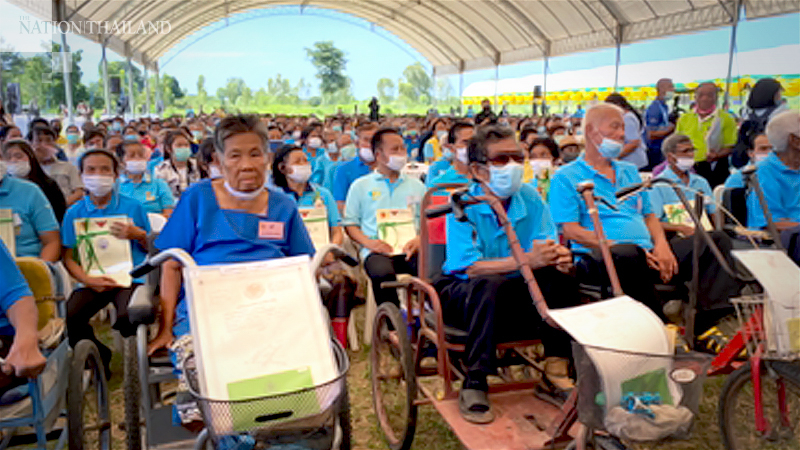 The Treasury Department is offering title deeds for 1,100 plots under its jurisdiction to farmers and locals in Khon Kaen province to help promote earnings and cut down on economic disparity.

“The land offered to Khon Kaen locals came from the Public Health Ministry’s Department of Disease Control, which returned the land to the Treasury Department after shutting down the Leprosy Treatment Centre on the site earlier,” Santi said.

“Since locals were already illegally farming or occupying the land, the department decided to offer them title deeds so they can become legal tenants at the ultra-low rate of Bt200 per rai per annum for farmers and Bt0.5 per square wah per month for residences. The government is also offering a grace period of one year for rents, which should help alleviate people’s financial burden due to Covid-19,” the minister said.

“These title deeds can also be used as a collateral for loans taken at state-run financial institutes, which should be very useful in case they wish to expand their farming business or rebuild their homes,” Santi said.

The department has more than 12 million rai of land under its jurisdiction that has not been utilised, the minister said.

“So far, the department has surveyed and allotted more than 10,000 plots of land in six provinces. The next land title deed handout will take place in Nakhon Sawan on September 11.”

“The department also aims to offer 1.05 million rai of land to over 73,000 people by the end of 2022, because the latest land-survey technology has accelerated ownership verification process from one to two years per plot to just one to two months,” he added.