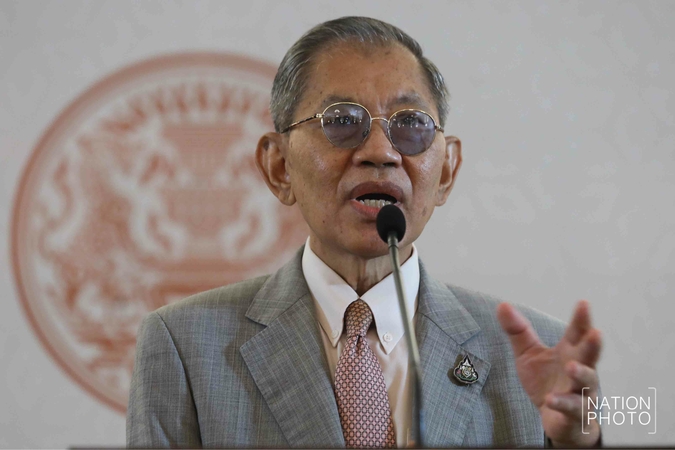 An independent inquiry ordered by PM Prayut Chan-o-cha has concluded that corruption and conspiracy by investigators likely helped Vorayuth "Boss" Yoovidhya escape charges over a fatal hit-and-run crash in 2012.

Prayut today vowed to take action against at least 10 individuals implicated in the report handed to him by the Vicha Mahakun-led inquiry. The 10 are said to include both police officers and prosecutors. The PM also told press that a fact-finding panel would be set up to investigate five points highlighted by Vicha’s panel.

Announcing the report, Vicha confirmed widespread suspicion that the case had been tainted by corruption and a conspiracy to get Red Bull scion Vorayuth off the hook.

"Evidence clearly indicates that investigators did not work professionally since some allegations were left out of the case report,” said Vicha.

The inquiry discovered that police took about six months to investigate the case but did not send the accused to court, as ordered by the prosecution.

It found evidence of corruption and conspiracy among officials ranging from the raising of false evidence to cooperation between prosecutors, government officials and lawyers to damage the justice process. Vicha likened the corruption to a poisonous tree that produces poisonous fruits.

“We proposed a new investigation, starting from zero,” he said.

He also suggested that the statute of limitations on charges should be suspended for suspects who flee justice.

High-level government officials involved in the case should also be investigated, he said.

Vorayuth was originally charged with crashing his Ferrari into motorcycle policeman Sgt Maj Wichian Klanprasert in Bangkok’s Thong Lor district and killing him. However, he fled the country in the 2017 and the case was dropped in June this year without ever coming to court.