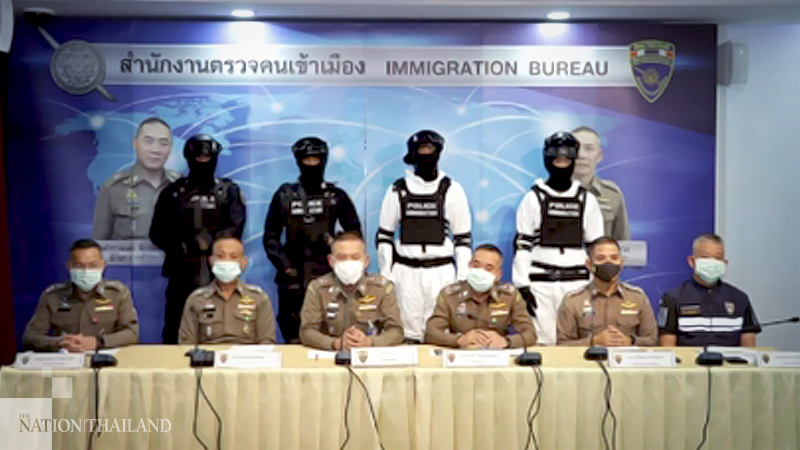 Thirty suspected illegal migrants from Myanmar and a Thai man who allegedly helped hide and transport them after they had crossed the border in Tak province via Mei River have been arrested.

– Mae Sariang Road in Tha Song Yang district. There were 16 Myanmar migrants on board, and none of them had proper documentation,” he said. “The driver, Chinathip [last name withheld], aged 25 years, a local of Tak province, reportedly confessed that he was paid by an agency to pick up the migrants who had crossed Mei River and were hiding in a house near the river bank and then drop them off in inner Tak.”

Chinathip was charged with facilitating illegal migrants to enter the country and hiding them from authorities, while the 30 migrants were charged with entering the country without proper documentation and violating the announcement of Tak’s Disease Control Committee regarding the prevention of Covid-19.

Police are also tracking down the agency that hired Chinathip to uncover the people behind this operation.

“If you have information about illegal migrants, please contact Immigration Police hotline at 1178 or via http://www.immigration.go.th/,” Somphong added.