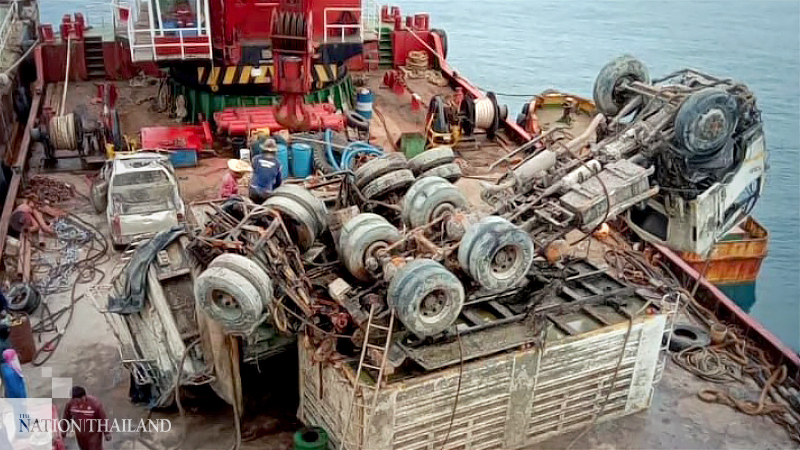 A garbage truck and a pickup vehicle that went down with the Raja 4 ferry at Koh Samui in Surat Thani was salvaged yesterday (September 22).

On August 1, the Raja 4, owned by the Raja Ferry Company, capsized at Samui island.

In an earlier attempt to salvage the ferry as well as the other vehicles on it, salvaging company MS Service used two cranes installed on two boats.

However, the operation was suspended for a few days due to strong winds and waves caused by tropical storm Noul.

The 18-wheel truck and pickup was lifted up and out of the sea yesterday.

Before the operation, a net was used to cover the truck to prevent any garbage from spreading in the sea. Small boats were also stationed nearby to collect any trash that broke loose from the net.

The sunken ferry itself, which has now changed position in the sea, has not been salvaged yet.