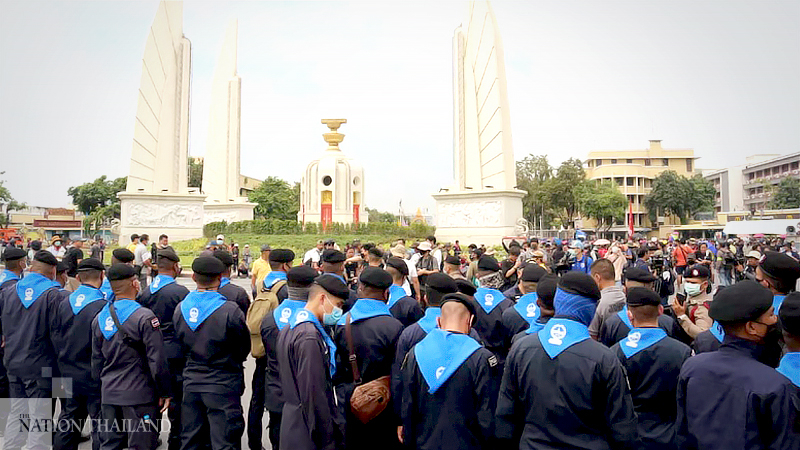 The Royal Thai Police has deployed 99 regiments of 14,000 police officers to monitor the student pro-democracy rally in Bangkok, confirming that police will not take legal action against protesters as long as they don't violate any laws.

Deputy police spokesman Pol Colonel Kritsana Pattanacharoen said the 99 regiments have been deployed to maintain peace and order during the political rally.

He also said police would not rush to take any action and would first consider the situation to ensure it does not get worse.

“We confirm that police will not take legal action against the protesters if they do not violate any law, so we would like to ask the protesters holding a political rally today to study the laws and refrain from camping overnight,” Kritsana advised.

The 99 regiments will also be responsible for preventing third-party intervention and a clash among opposing groups with different ideals, he added.