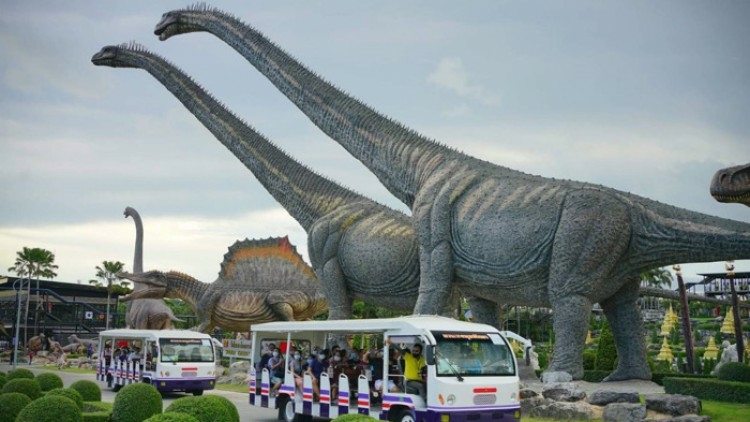 The Nong Nooch Tropical Garden in Pattaya is offering free entrance to people from nine provinces and 10 districts in Bangkok, the attraction’s president Kampon Tansacha said.

The 1,700-rai (272 hectare) garden sports more than 19,000 plant species and offers additional services such as boxing camp, Thai massage as well as DIY and cooking classes.

It also has a “dinosaur valley” housing more than 200 12 to 18-metre tall replicas of these fearsome creatures.

Nong Nooch Tropical Garden had to be closed from April 1 due to Covid-19, and though it has reopened recently, more than 90 per cent of its visitors have disappeared. Kampon said he has had to reduce salaries by 20 per cent, but none of his staff have been laid off.