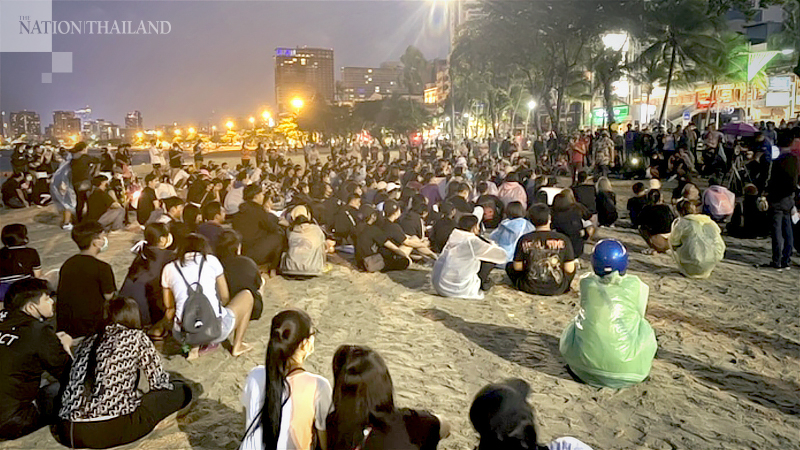 Around 200 pro-democracy protesters in Chonburi province, who call themselves “Khana Ratsadon Pattaya”, gathered at 4.30pm on Sunday at Pattaya Beach in front of Royal Garden shopping complex in Muang district.

The local authority reported that the protesters had been gathering since Saturday and then dispersed in the evening, while on Sunday the number of protesters was significantly lower, most of whom were students and local people of Chonburi and nearby provinces. 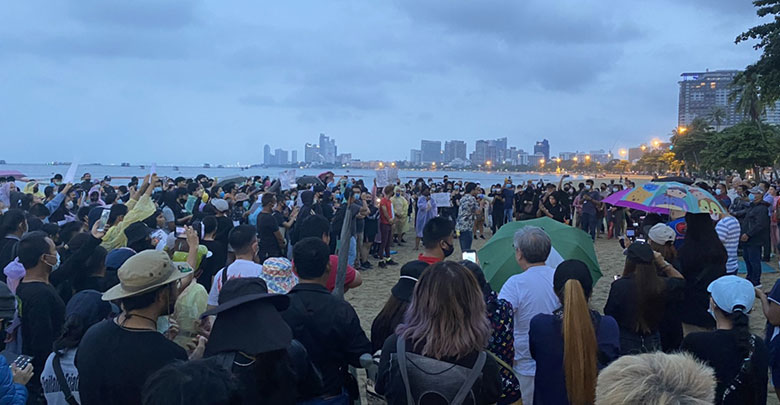 Rally leaders took turns in giving anti-government speeches while calling Prime Minister General Prayut Chan-o-cha a dictator and urged him to resign. The protesters also sang the national anthem while raising a three-finger salute amid the rain that began pouring down shortly after the demonstration started.

Banglamung district chief Amnart Charoensri and Pattaya Police Station chief Pol Colonel Khemarin Phitsamai were at the venue to closely monitor the situation. The district chief reportedly said that the gathering had not been authorised by local authority and he had no idea when it would end.