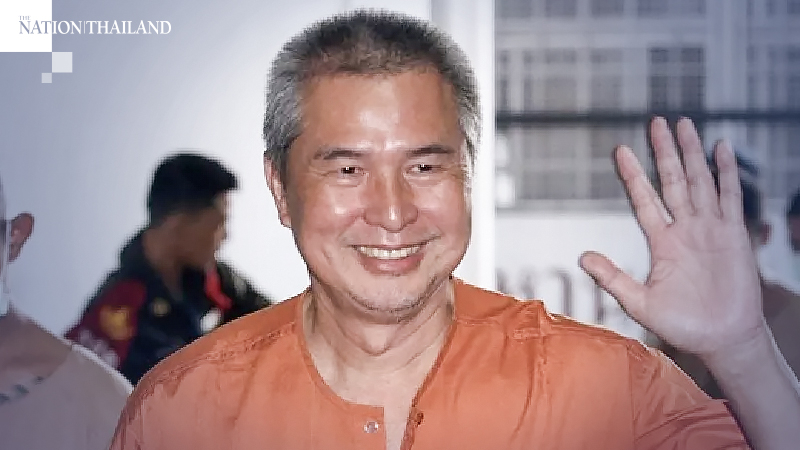 Imprisoned activist Somyot Pruksakasemsuk predicted that those who attacked or slandered the pro-democracy protesters would be defeated by the youngsters.

On Wednesday, the Thai Lawyers for Human Rights (TLHR) posted an interview with the activist via its Facebook page. The date on which the interview was conducted was not specified clearly, but it was possibly on Wednesday.
The TLHR said that the activist had been imprisoned previously for seven years for violating Article 112, before being released, and has been imprisoned again on a sedition charge, due to his speech at the political rally on September 19.
Somyot informed the TLHR representatives that life quality in the Klong Prem Central Prison in Bangkok was bad, though he had been imprisoned before and was accustomed to life in the jail.
He said that the police had called him a protest leader, and accused him of inciting people to invade the closed Thammasat University campus on September 19.
Somyot explained that he was in fact not related to the protesters’ efforts to enter the university. He claimed that he had entered the university after the gates were opened and then gave his speech to the people there.
He said police also accused him of being the rally organiser, which he clarified he was not. The activist claimed that he had only invited his friends online to join the rally.
Somyot added that he had  expressed his views under his freedom of speech, and did not think he would be imprisoned again.
Speaking of the situation outside, the activist said that the pro-democracy protesters would win their battle. In conclusion, he said: “Those who attack or slander the protesters are shameful. They will eventually be defeated by the youngsters.”