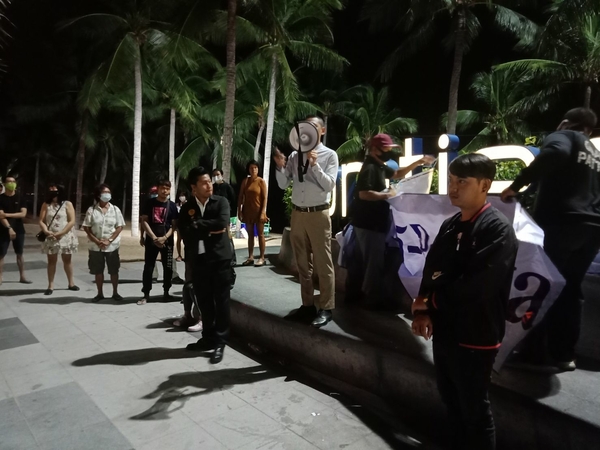 A Russian man was injured in an altercation with a pro-democracy protest leader in Chonburi province on Sunday evening, local police said.

Some 30 pro-democracy protesters who call themselves “Ratsadon Pattaya” had gathered at 6pm on Sunday at Jomtien Beach in Banglamung district.

The protest leaders took turns in giving anti-government speeches, both in Thai and in English, urging Prime Minister General Prayut Chan-o-cha to resign. Among them were political activists Sirawith “Ja New” Seritiwat and Narathiwat “Ken” Khamma. 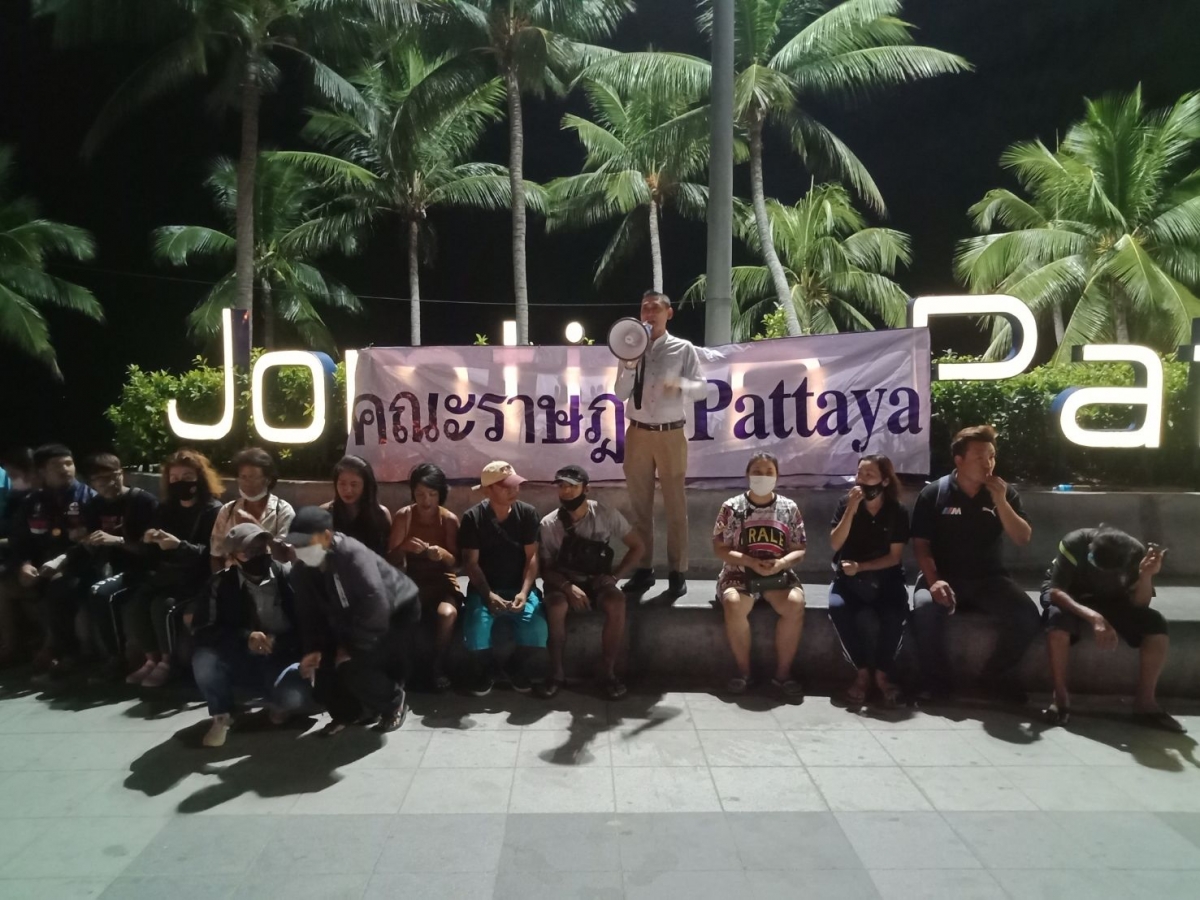 Witnesses said that while Sirawith was giving a speech on the stage, a commotion occurred at the protest venue when a foreign tourist got into a heated argument with Narathiwat. The protest leader allegedly headbutted and pushed the foreigner to the ground. Police officers monitoring the situation intervened immediately while the protesters dispersed shortly after the incident. The injured 52-year-old Russian, who was visiting the scene with his 10-year-old daughter, had blood all over his face. After the man was treated for his injury, he and Narathiwat were brought to Muang Pattaya Police Station for questioning.

When a foreigner shows up at a protest being held in Jomtien with his 10-year-old daughter in toe... he gets headbutted for his troubles but hold on, “An individual in our team had a little argument with a foreigner. Mai Pen Rai. It’s just a misunderstanding.” pic.twitter.com/sthlHgkirA