Over 300 pro-democracy students and the general public gathered at Tha Phae Gate, a tourist landmark in Chiang Mai’s Muang district, from 5pm on Sunday, in a political protest against dictatorship, urging Prime Minister General Prayut Chan-o-cha to step down.

The rally was led by the Chiang Mai Students for Democracy group.

During the event, protest leaders took turns in giving anti-government speeches on a stage, with a fashion show and other performances during intermission. There was also an art exhibition and free food handout in nearby areas for participants and the general public. 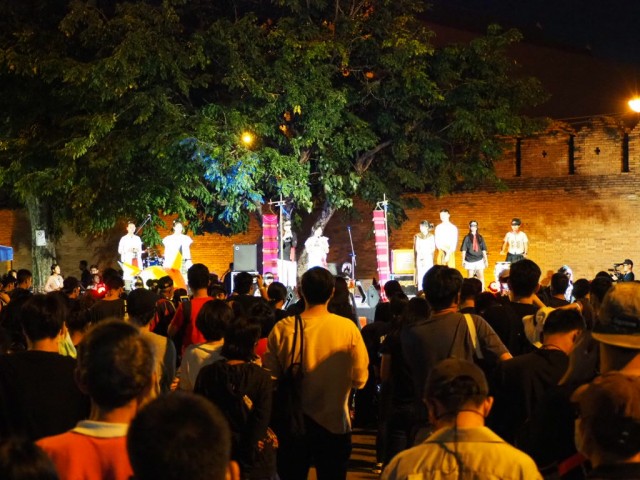 The rally went on till 8pm when the participants dispersed. Local police officers were closely monitoring the situation.

Watchapat Thammajak, a protest leader and law student at Chiang Mai University who is currently under investigation on charges relating to organising a rally, said that on Sunday he was just a participant who was glad to see pro-democracy activity still being organised and joined in by the public. 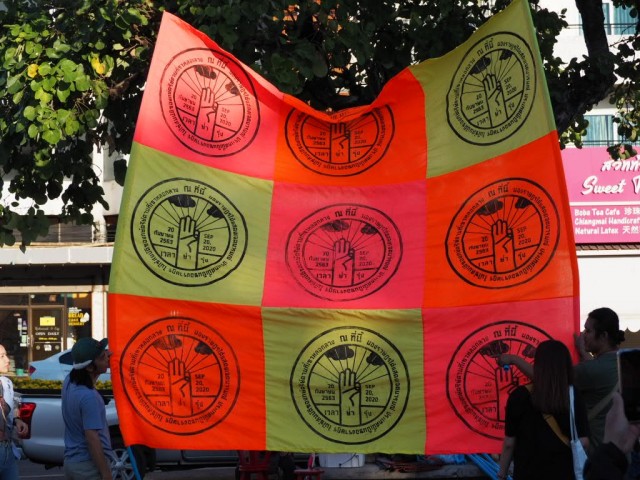 “In the past month, there was no activity by students in Chiang Mai because it was the exam period,” he said. “Students have not backed down from expressing their political views and we will continue organising rallies until the government complies with our demand.”