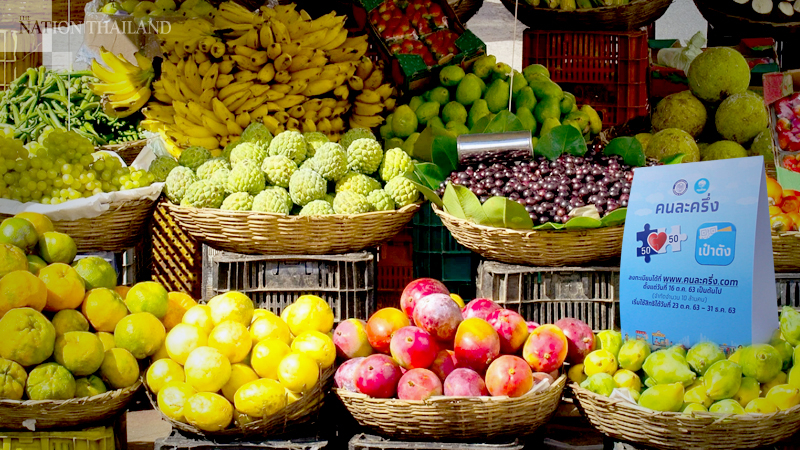 The Commerce Ministry has warned merchants participating in the government's shopping subsidy scheme to clearly display product/service prices and refrain from price hikes, or they could face jail or be fined under the law.

Responding to consumer complaints that some merchants in Khon Kaen province, who had joined the government’s “Khon La Khrueng” (Let’s Go Halves) campaign, had unfairly increased their prices to earn higher subsidy, Chaiyajet Jan-Aksorn, chief of Khon Kaen Commerce Office, said that he had told officials to survey the markets and make sure that all merchants follow the rules. They must display the price clearly so that customers can make appropriate choices, he said.

The scheme, which runs from October 23 to December 31, offers about 10 million citizens discounts of up to Bt150 per day on purchases at participating stores, capped at Bt3,000 throughout the period. The government through Krungthai Bank will subsidise the discount amount to registered merchants via the Thung Ngern application.

“Merchants who fail to display their prices will face up to a Bt10,000 fine under the Price of Goods and Services Act BE 2542,” he said.

“Those who unfairly increase their prices could face up to seven years in prison, or Bt140,000 fine, or both.

“Merchants who joined the Ministry’s Blue Flag Shop campaign and broke the law would have their Blue Flag status revoked on top of punishment stipulated by the laws,” he added.

“If you want to report unfair price hiking, you can do so at yiur local police station, provincial commerce office, or contact the Department of Internal Trade’s hotline 1569,” he said.