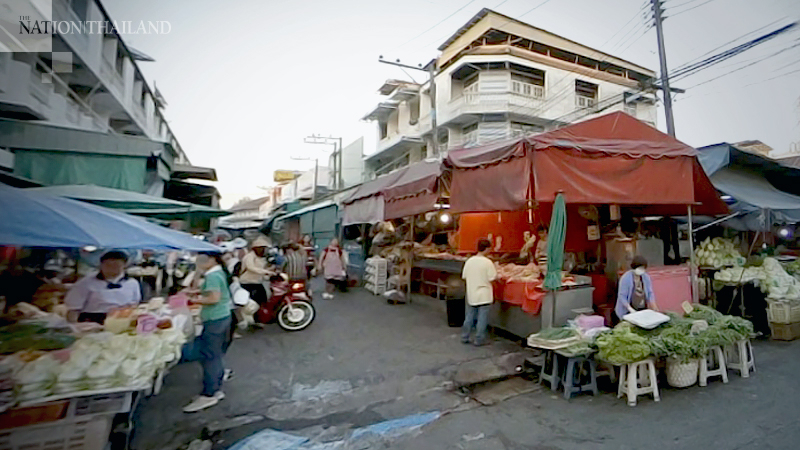 The Chiang Mai Office of Disease Prevention and Control 1 as well as Chiang Mai Municipality officials began collecting samples for Covid-19 tests from migrant workers in the Muang Mai market area on Tuesday.

Muang Mai is the largest seafood and fresh food market in the province.

Some 2,500 people work in the market, of whom 1,500 are migrant workers. The market serves no less than 10,000 customers daily. However, since the Covid-19 outbreak earlier this year, there have been no new workers or transfer of labour in the area.

Meanwhile, some 200 people were seen queuing up for tests on Tuesday.

Dr Chatuchai Maneerat from the Provincial Public Health Office said the recent outbreak in Samut Sakhon has raised awareness in Chiang Mai about high-risk groups. Vendors who get their supplies from Samut Sakhon’s Mahachai area as well as migrant workers living in cramped conditions are most at risk.

Separately, results on more than 300 samples taken at Kamthiang Market and Pa Pae community have come out negative. Though this indicates that these areas are relatively safe, full investigation is still required.

Tests will be conducted in 10 new locations, Dr Chatuchai said, adding that news of a positive case travelling from Ayutthaya province to Chiang Mai’s Mae Ai district was of great concern. Health officials have inspected at-risk areas in Mae Ai district, including the Malika and Tha Ton subdistricts. So far, 145 people have been confirmed as negative. Health officials will spend another three days collecting samples before confirming the situation.