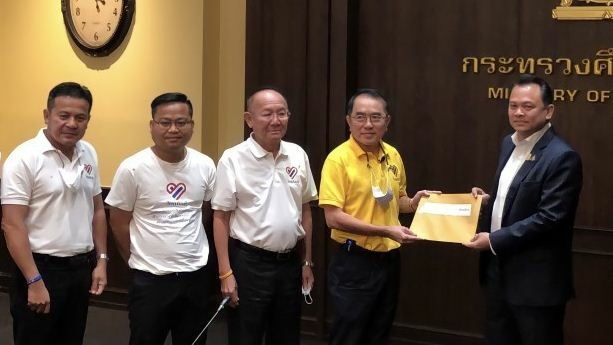 The group’s leader, Warong Dechgitvigrom, said the move aimed to prevent politicians and activist networks from using teachers and students as tools to encroach on the “three pillars” of nation, religion and the monarchy.

The proposals follow months of anti-establishment protests by school and university students, who are calling for the removal of PM Prayut Chan-o-cha, a democratic Constitution and reform of the monarchy. Critics allege the student protests are being funded by politicians, but there is no credible evidence for this.

▪︎ Educational executives should protect their places of learning and should not allow politicians or activist networks to use them to encroach on the institutions.

▪︎ Teachers and related staff should protect the institutions and not support those who seek to undermine them.

▪︎ The Education Ministry should improve the curriculum to promote pride in being Thai.

▪︎ The ministry should organise activities to create awareness of the importance of national institutions among teachers, students and related staff in places of learning.

▪︎ Educational institute executives must take responsibility for any activities held under their jurisdiction that encroach on national institutions.

Nataphol said the ministry would consider Thai Pakdee's proposals, and confirmed he planned to improve learning programmes to raise awareness of pride in being Thai.

"As long as I am education minister, the identity of Thailand will not disappear," he said.