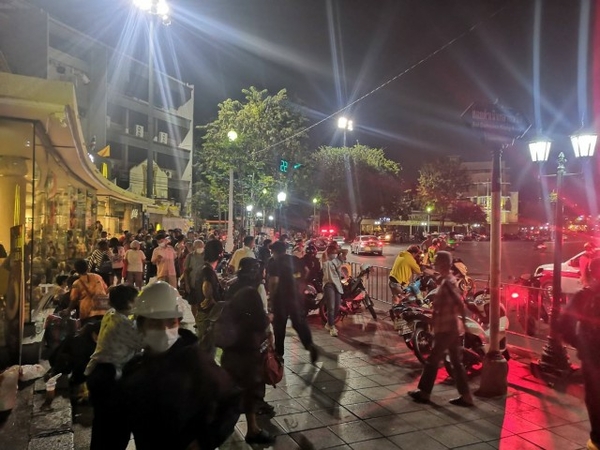 A group of anti-government protesters from Ratchaburi province showed up at Government House on Monday to demand the resignation of Prime Minister General Prayut Chan-o-cha and abolition of the lese majeste law.

The group, calling itself “Ban Pong Anti-Dictatorship” and a branch of pro-democracy movement Ratsadon, reportedly walked more than 100 kilometres from Ratchaburi’s Bang Pong district to Bangkok.

Their march began at 6am on Sunday and they arrived at the Chamai Maruchet Bridge in Bangkok’s Dusit district at dusk, where they set up camp for the night.

At 10.30am on Monday, group leader Anuchit Rerngpradit read a statement saying this government’s insincerity will no longer be tolerated, especially its tendency to use the lese majeste law to stay in power and gag those who disagree.

“Prayut does not know his duties and should not be called a prime minister,” he said. “Even calling him a security guard is not enough, as guards usually know their duties.” 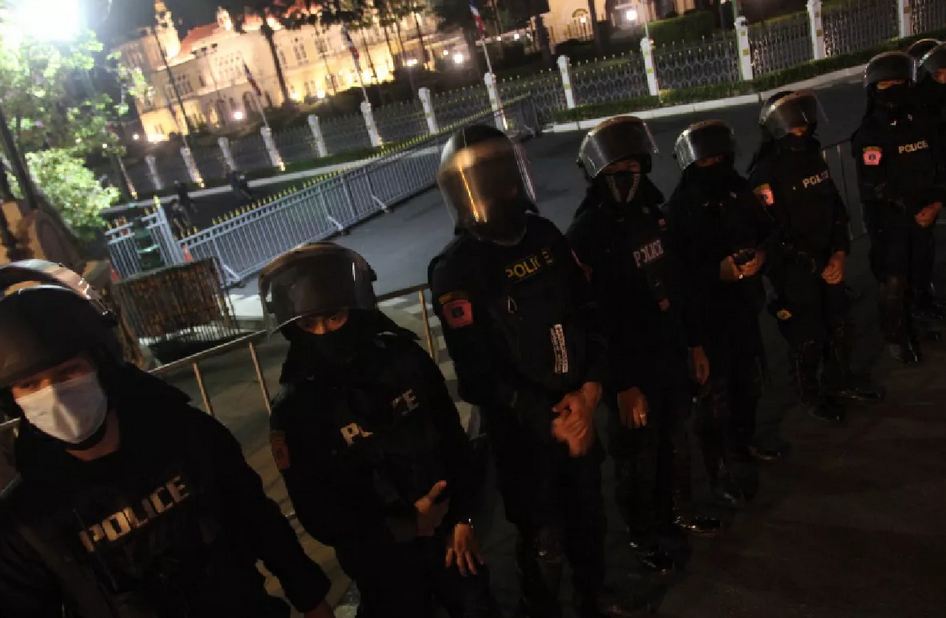 When asked if the group will continue rallying at Government House, Anuchit said their mission was to walk from Ratchaburi to air their dissatisfaction, which has been fulfilled.

“After this, we will see if we can join the political activities of other groups,” he added.

A company of some 176 police officers was deployed around Government House since 7pm on Sunday.