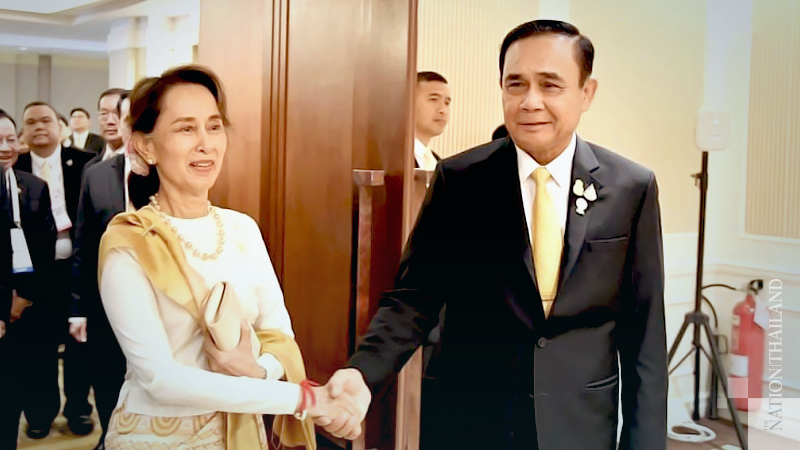 He said the political situation there had confused countries worldwide.

Meanwhile, the hashtags #SaveMyanmar and #รัฐประหาร (coup d'etat) were trending on Twitter today.

The Royal Thai Embassy in Yangon posted a Facebook message on Monday, asking Thais stranded in Myanmar to closely follow information released by the embassy.

According to a Washington Post report, Myanmar's military said on Monday that it had taken control of the country and declared a state of emergency for a year, hours after detaining civilian leader Aung San Suu Kyi and other leaders of her ruling National League for Democracy in a pre-dawn coup against the democratically elected government.

Later, US White House spokesperson Jen Psaki issued a statement, urging the Myanmar military and all other parties to adhere to democratic norms and the rule of law, and to release those detained today.

"The United States opposes any attempt to alter the outcome of recent elections or impede Myanmar's democratic transition, and will take action against those responsible if these steps are not reversed. We are monitoring the situation closely and stand with the people of Burma, who have already endured so much in their quest for democracy and peace," the statement said.