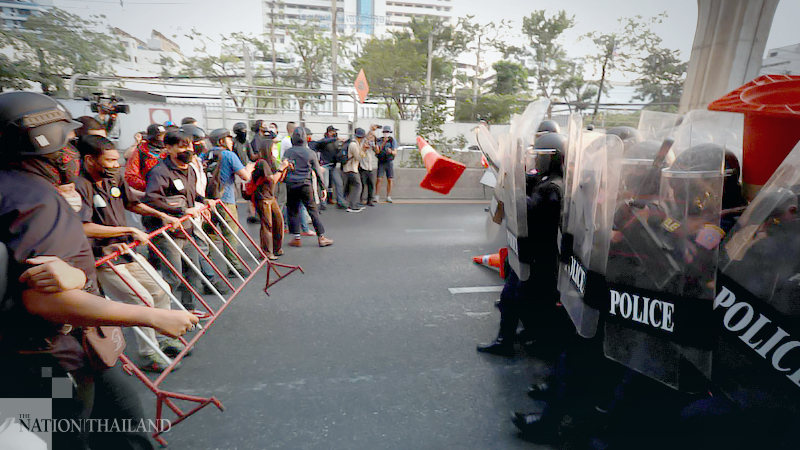 Riot police clashed with protesters outside the Myanmar Embassy in Bangkok on Monday, as activists demonstrated against the coup in Myanmar. 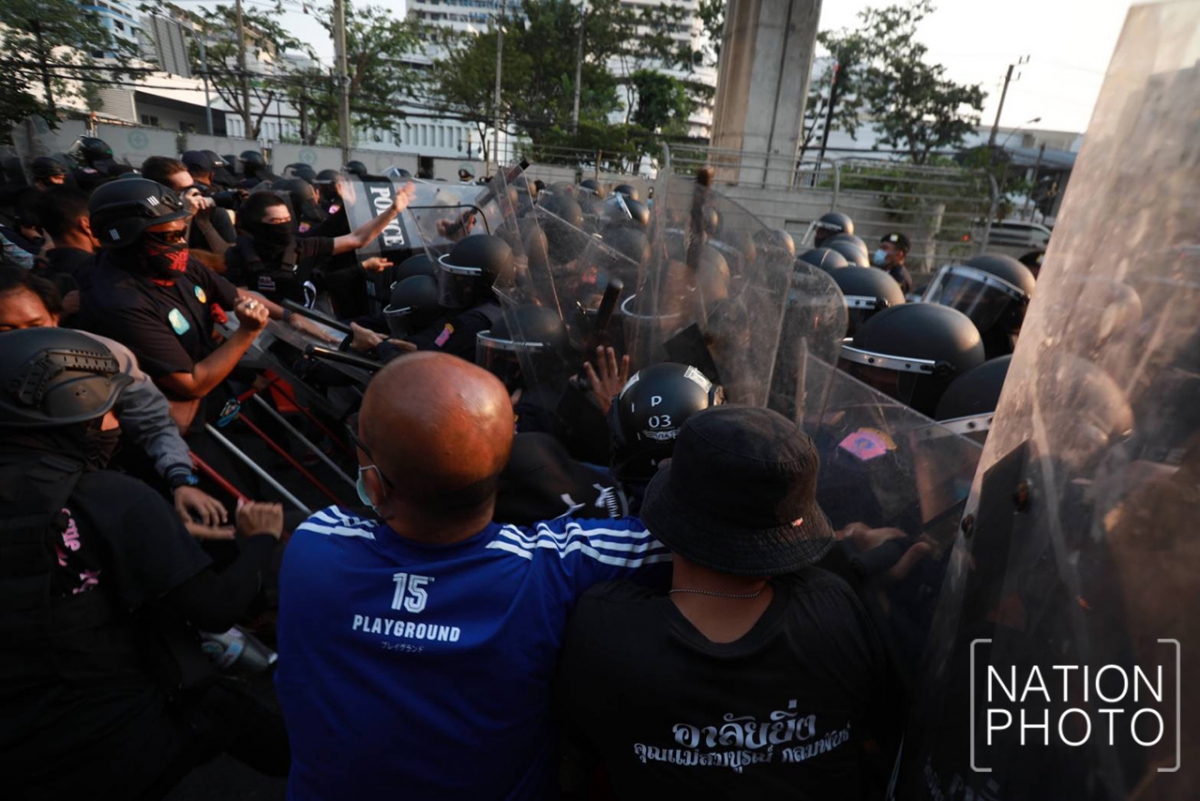 Police armed with shields and batons attempted to clear the rally on North Sathorn Road at 5pm, claiming protesters had stayed beyond the agreed timeframe of 30 minutes. Protesters led by We Volunteer (WeVo) pro-democracy activists had gathered at 3.30pm to condemn the military takeover and call for the release of Aung San Suu Kyi and other Myanmar government leaders. 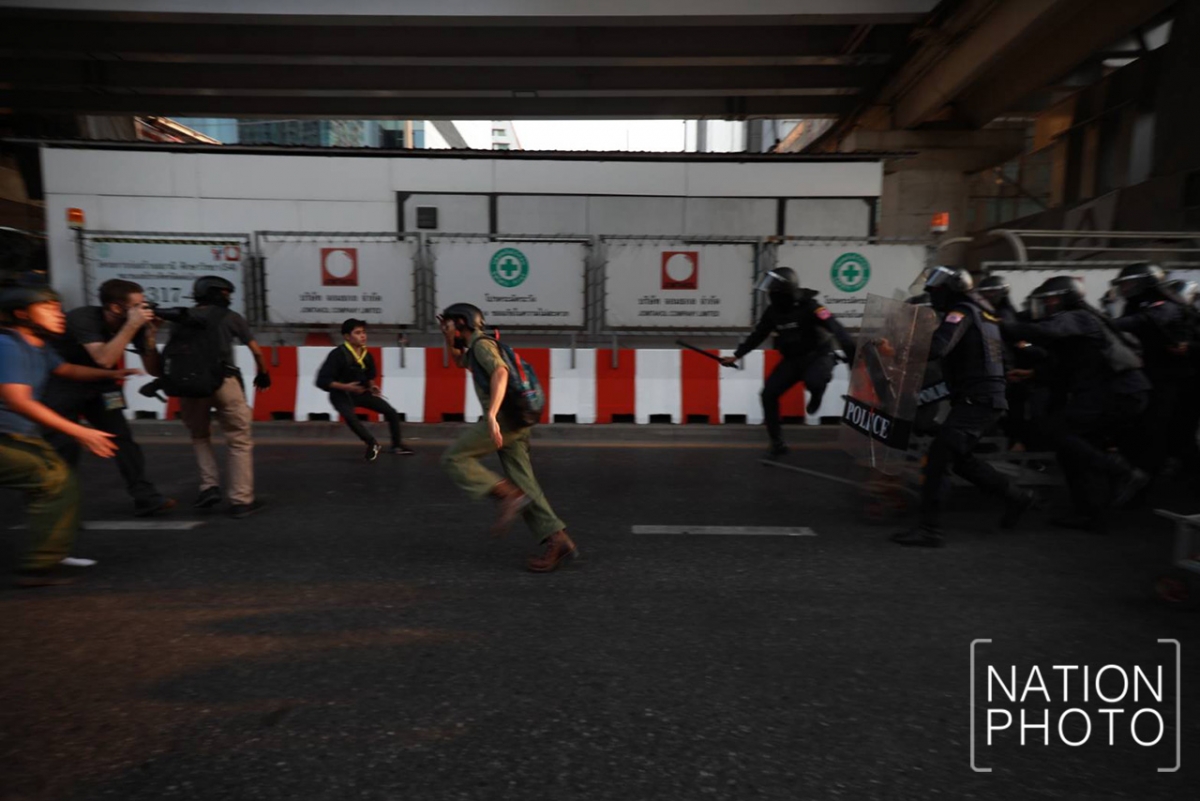 Some members of the crowd threw stones at police as they were driven away from the rally site. The sound of an explosion was also heard behind police lines, though the cause was not immediately known. At least three policemen were reported injured in the clashes and taken to hospital. The protest site was cleared at 5.40pm but police closed off the route from the embassy to Sathorn-Narathiwat Intersection. 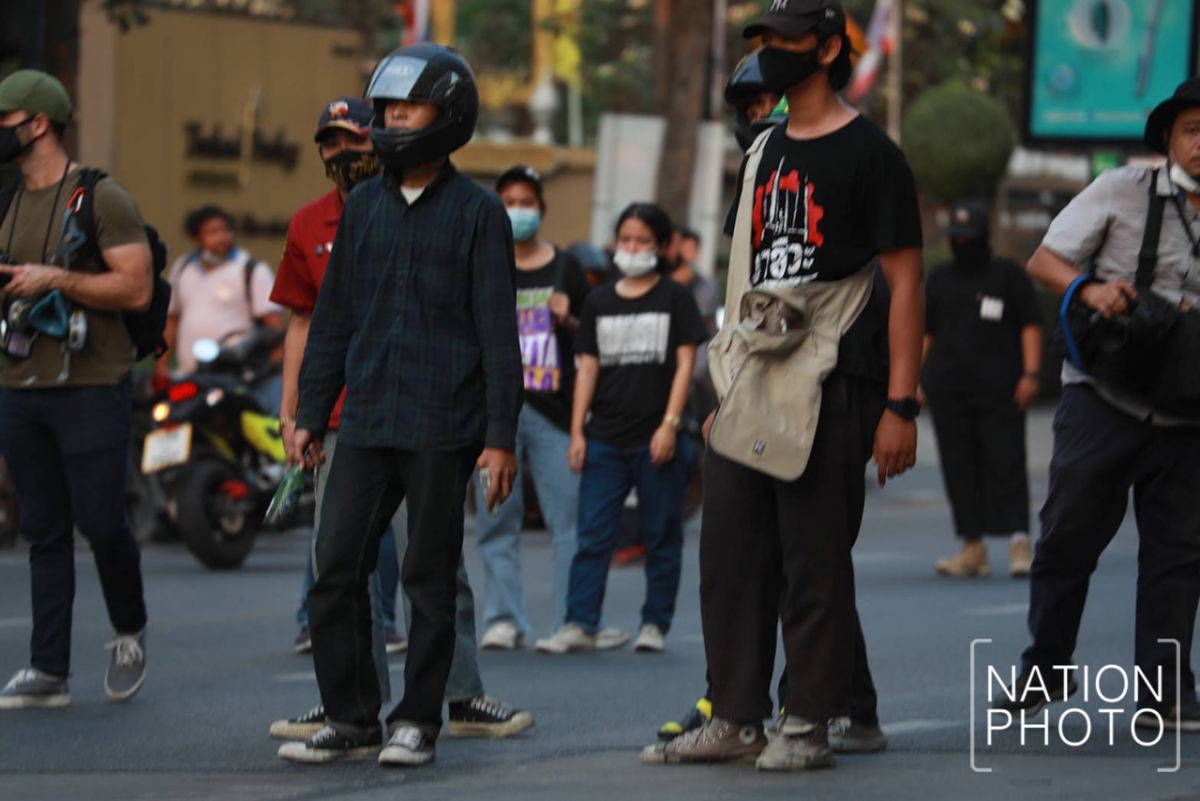 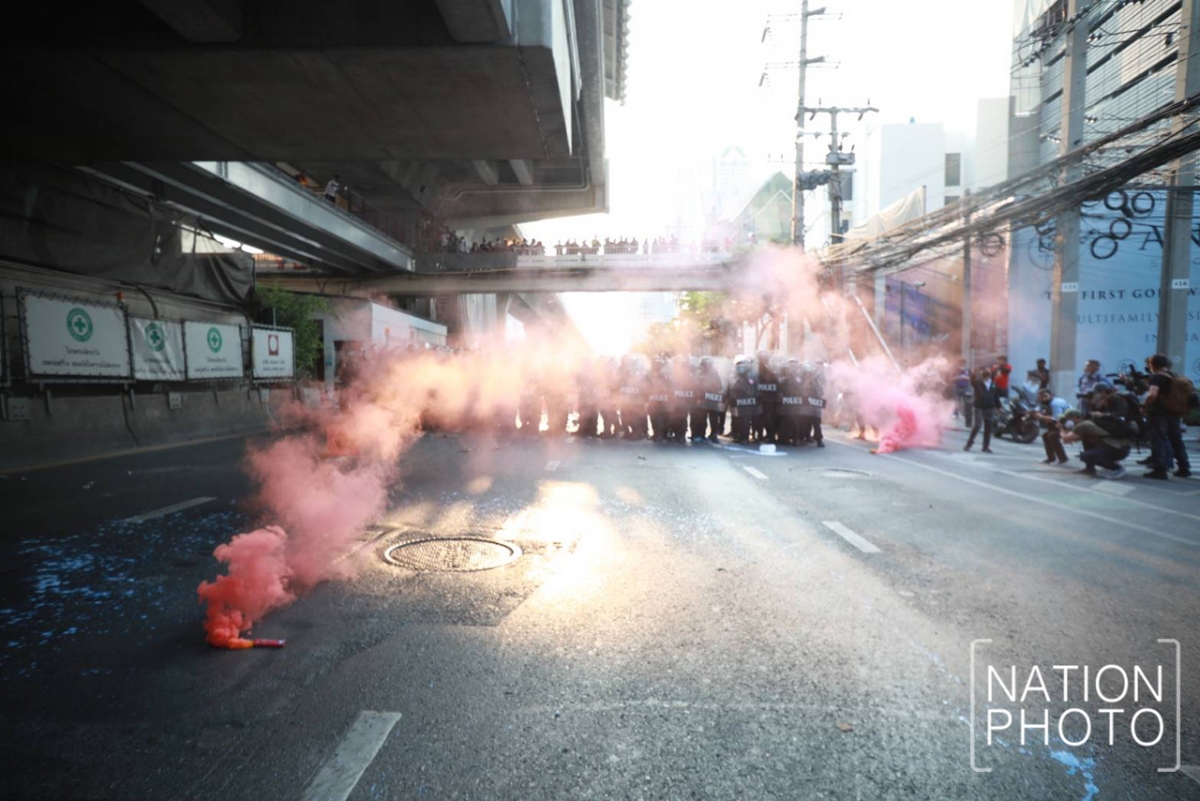 During the protest, WeVo read out a statement in Burmese, English and Thai, opposing the coup and showing solidarity with Myanmar people who suddenly find themselves under military rule once again. 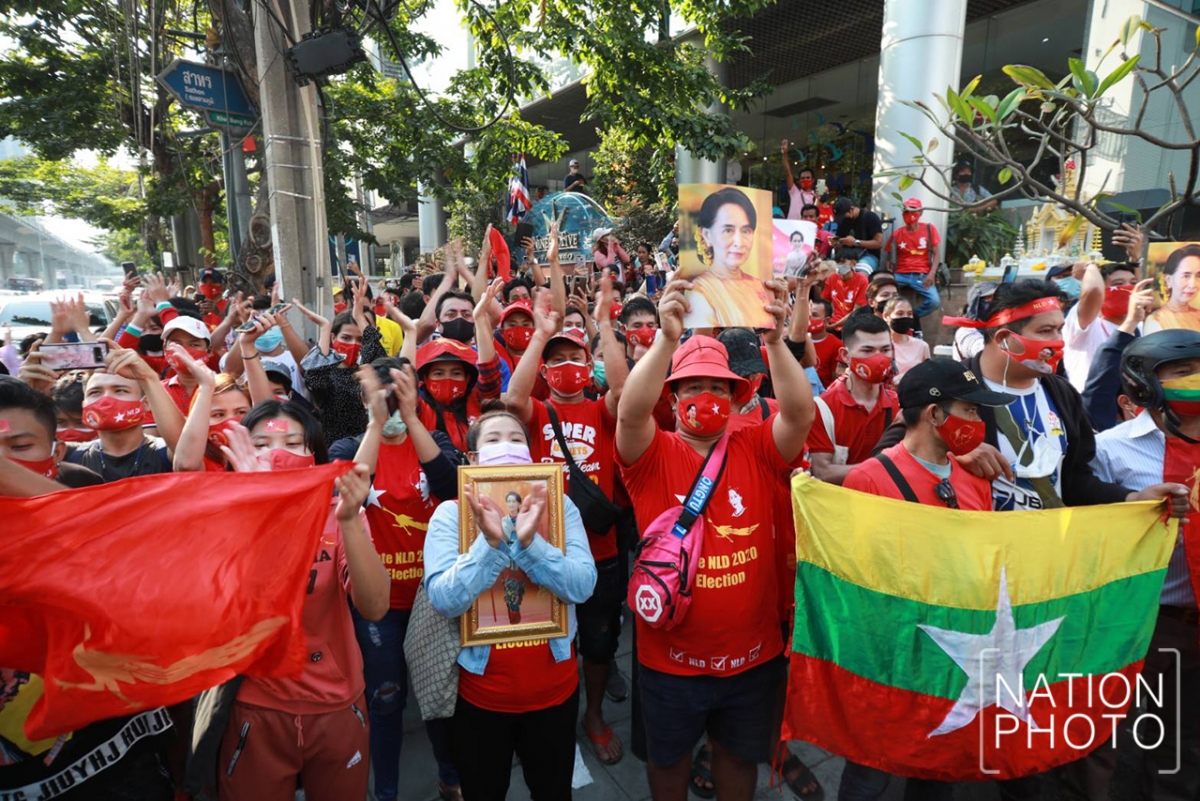 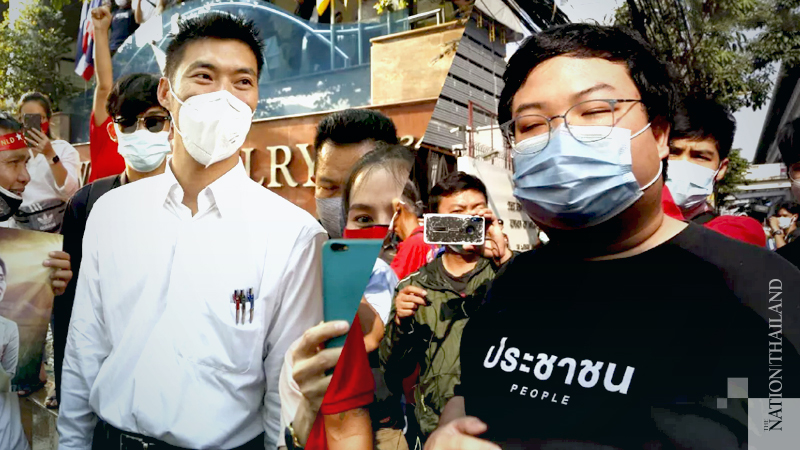 Student activist Parit “Penguin” Chiwarak joined the protest, stating that he opposed any dictatorship and supported the principle of democratic rule.

Move Forward co-leader Thanathorn Juangroongruangkit arrived at the protest around 4.40pm and called on the Thai government to play the lead role in bringing back peace and democracy for Burmese people.