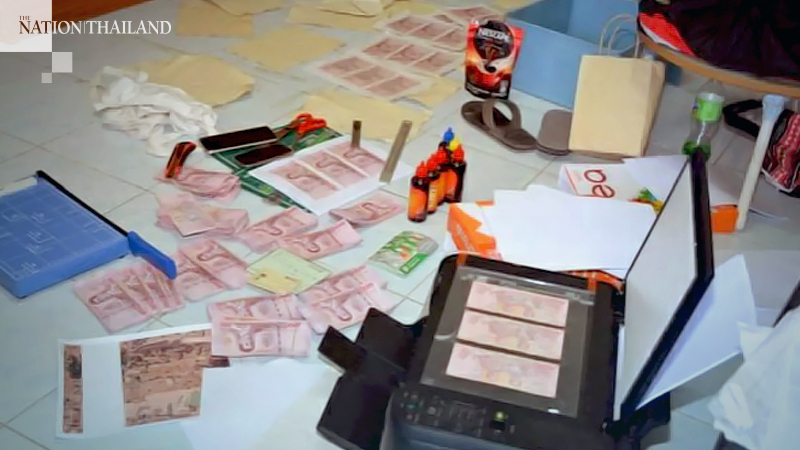 A man has been arrested in Si Sa Ket province for allegedly counterfeiting Thai currency.

Police from Muang Si Sa Ket station on Thursday arrested Phichaphob Phankham, aged 37 years, at his house in Nong Phai district after following the trail of fake Bt100 currency notes being found in Si Sa Ket and nearby provinces.

At the house, police reportedly found a photocopier with three original Bt100 bills inside, a paper cutter, 45 counterfeit Bt100 bills and several reams of copier paper. 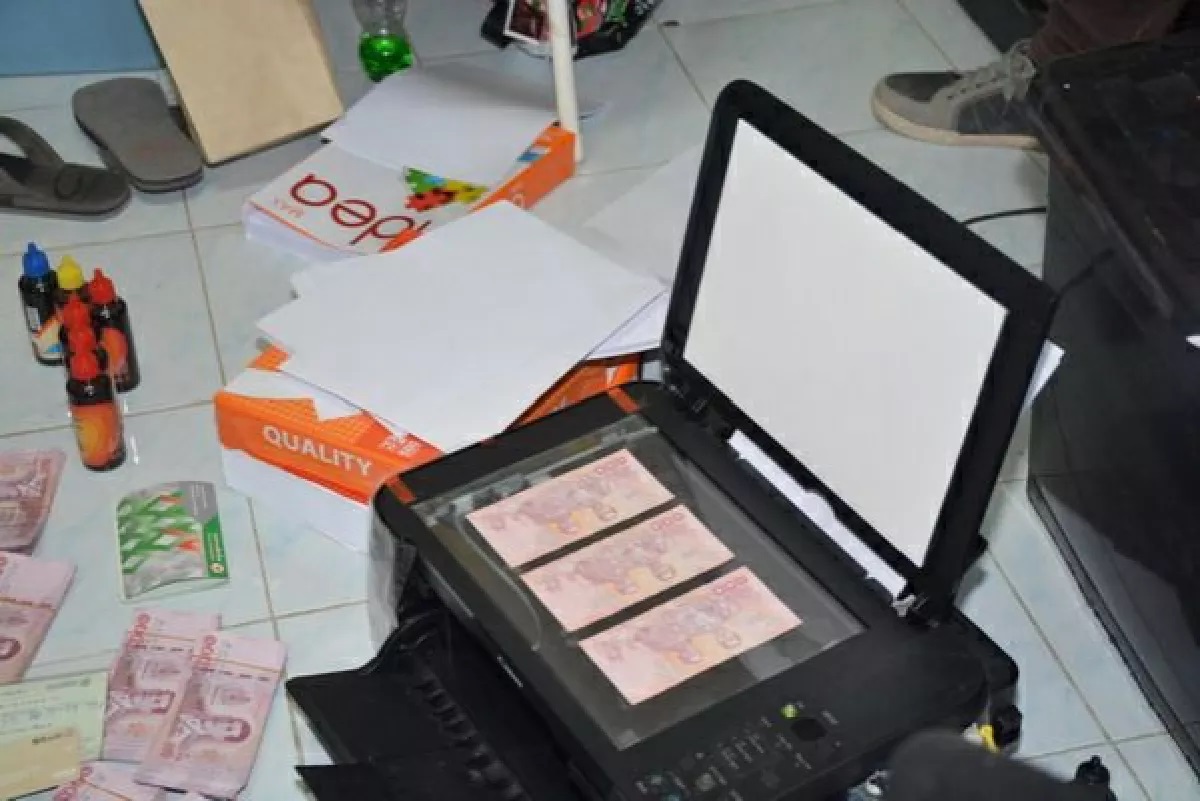 Phichaphob reportedly confessed that he used the printer to make up to 100 counterfeit bills per day and had been using them at phone top-up kiosks in Si Sa Ket, Surin and Yasothon provinces, which could later be exchanged into cash.

“Earlier on Wednesday, we had arrested two suspects for using counterfeit bills at top-up kiosks in Si Sa Ket and seized over 300 fake bills,” police said.

Further investigation revealed that Phichaphob had just got out of prison on December 25 last year and had allegedly started making the fake bills since January 24.

Phichaphob was charged with manufacturing and using counterfeit money, which carries a maximum punishment of 10 years' imprisonment to life sentence and fine from Bt20,000 to Bt40,000.