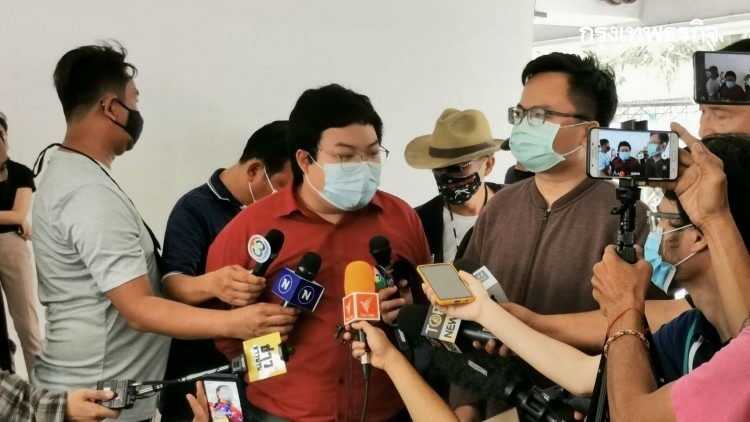 The Office of the Attorney-General announced on Tuesday that it will file charges against four leaders of the Ratsadon pro-democracy movement, namely Parit “Penguin” Chiwarak, Arnon Nampa, Somyos Prueksakasemsuk and Patiwat “Bank” Saraiyam.

The four are being charged for defaming the monarch at a rally in Thammasat University’s Tha Prachan campus in September last year. The rally had also spilled over to Sanam Luang nearby.

Shortly after the announcement was made, Arnon, a well-known human-rights lawyer, said the rally to be held on Wednesday at the MBK Skywalk is not related to the charges they are facing. He said the rally had been planned well beforehand and will address the movement’s activities this year.