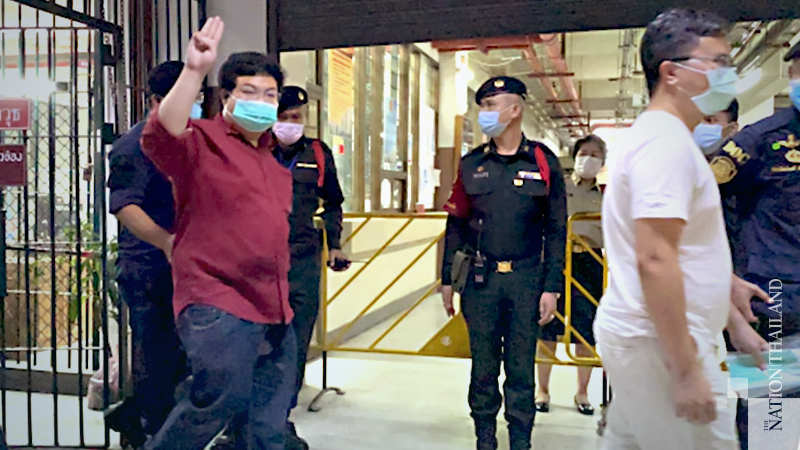 The Office of the Attorney-General had announced earlier on Tuesday that it would file charges against the four for violating Article 112 (lese majeste) of the Criminal Code and for sedition under Article 116 after they participated in an anti-government rally at Thammasat University’s Tha Prachan campus in September last year.

Parit was also charged with participating in the “Mob Fest” rally on Ratchadamnoen Road during November 14-15.

After an interview session with the court, all defendants denied the charges and reportedly said they wished to fight them, leading to the court setting the evidence investigation date for March 15.

The four leaders then proposed collateral for their temporary release, but the court rejected this, citing that the charges and punishment in these cases are serious, while the defendants have repeatedly committed the same offences.

“If released, the court believes the defendants would commit the same offence again,” it said.

Shortly after the court’s decision, Ratsadon took to Facebook, calling on its members and supporters to gather at MBK Skywalk in Bangkok’s Pathumwan district to urge the court to release the four.

At 8pm, Pathumwan police asked the protesters to disperse as the gathering was in violation of the Emergency Decree on Public Administration in Emergency Situations. 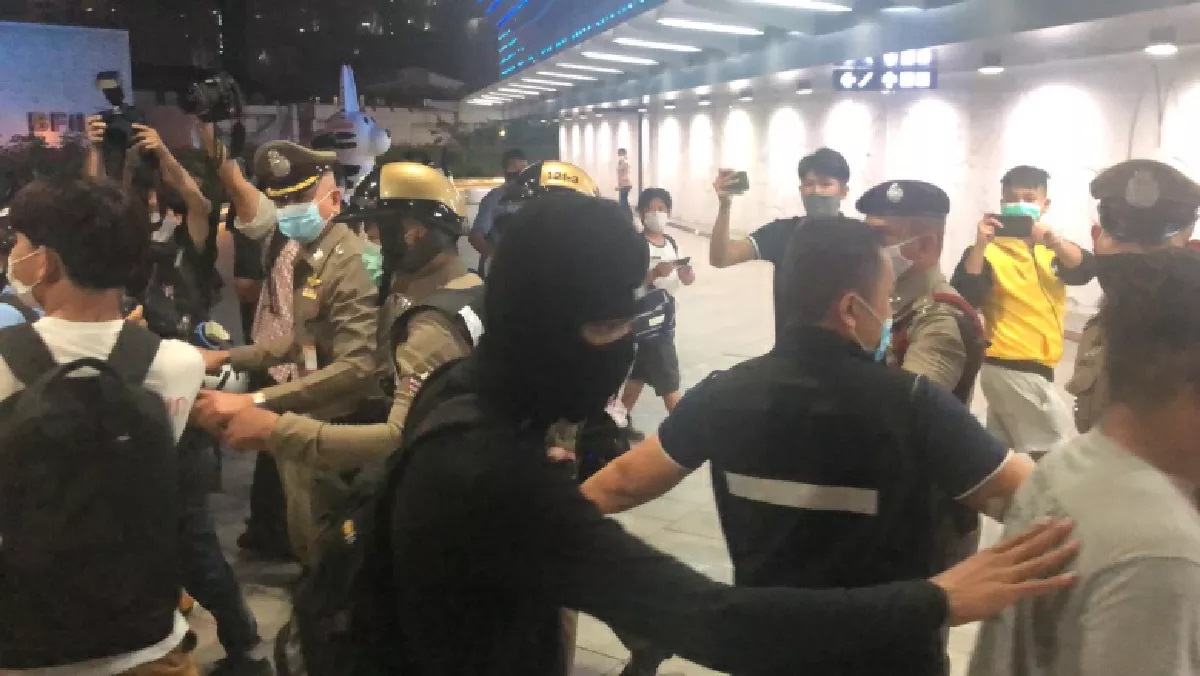 Before the protesters peacefully dispersed, Ratsadon announced it would hold a rally again at the Skywalk from 5pm.