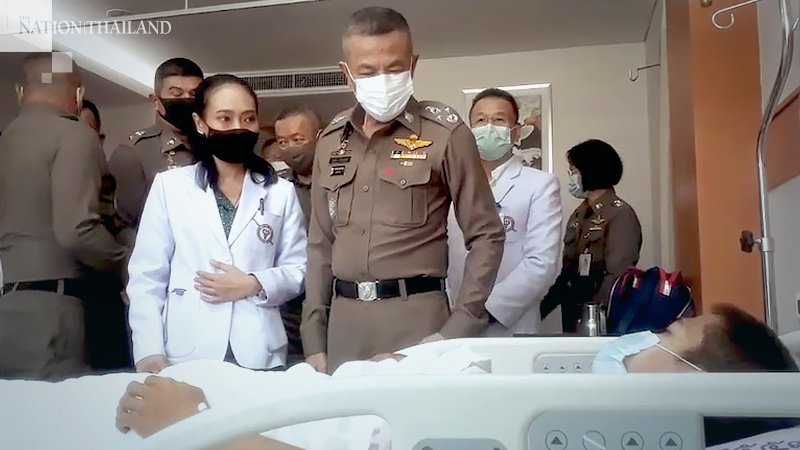 The chief of the Royal Thai Police, Pol General Suwat Jangyodsvisit, on Sunday visited Police Hospital to boost the morale of injured police officers following violence during a pro-democracy protest in front of the City Pillar Shrine on Saturday.

A total of 23 police officers were wounded and hospitalised, of whom four were discharged from the hospital. Some had chemical injuries on their faces or bruises after being struck by a hard object. Officers were spared serious injuries due to their protective equipment.

He said the protesters must not cause violence like on Saturday and that if the rally was ended as promised, there would be no further disturbances, and the police do not have to take control of the situation.

Reacting to widely shared pictures on social media showing a medical volunteer being beaten up by police, he insisted that such a person was a contributor to the chaos. The officer then had to arrest the culprit. If anyone thinks that the official has behaved inappropriately, they can make a complaint, Suwat added.

He said police will adjust their strategy to deal with protests the next time. If anyone commits an offence, they would be prosecuted, he warned.

He reiterated that police had never started the violence and urged the protesters to understand and talk first so that no chaos occurs, and the situation could be controlled.