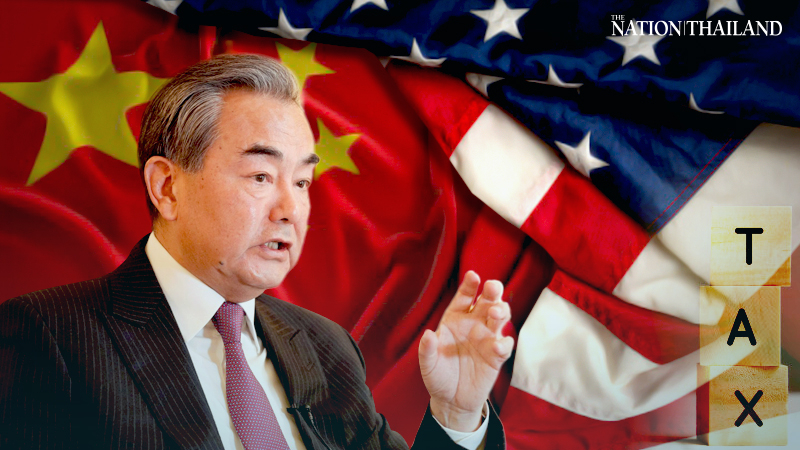 China urged the Biden administration to take steps to "build up goodwill," including removing tariffs and sanctions, as Beijing continued to put the onus on Washington to repair their fractured relationship.

Chinese Foreign Minister Wang Yi told a forum Monday in Beijing that the two sides should reopen dialogue platforms cut off under former President Donald Trump and back away from some of the previous administration's policies. He reiterated the need to remove "unreasonable tariffs," abandon "irrational suppression" of China's technology progress, and cited curbs on Chinese media and students as another issue of concern.

"Under the current circumstances, the two sides may start from easier things, interact actively and build up goodwill," Wang said, adding that Beijing and Washington were still capable of "getting big things done" for the world. "We hope that the U.S. side will adjust its policies as soon as possible."

The speech represents China's most high-profile comment on ties since U.S. President Joe Biden and China's Xi Jinping spoke by phone before the Lunar New Year holiday earlier this month. While both sides want to stabilize a relationship shaken during Trump's term, Biden has signaled a desire to maintain many of his predecessor's China policies.

As China waits for the U.S. to make a first move, the Biden team has been making efforts to rebuild bonds with America's partners. On Friday, the president urged U.S. allies to uphold democracy, warning that the world faces an "inflection point" in history that could result in a tilt toward autocracy. While a Feb. 19 readout from the Group of Seven industrialized nations' meeting offered little detail on China, leaders discussed the country "at length," Bloomberg News reported, citing a European Union official with knowledge of the conversation.

Paulson said it falls on both countries to work to improve ties. "The U.S. and China must decide how and where to compete and how to avoid conflict," he said. "If we don't, the world will be very dangerous place."

In his call with Xi, Biden expressed concern about what he said were China's coercive and unfair economic practices" as well as human rights abuses in the Xinjiang region. Xi cautioned Biden against interfering in what it considers its own internal affairs and urged the U.S. help reestablish communication mechanisms to avoid misunderstanding and miscalculation.

Wang's comments Monday about easing visa pressure on Chinese students and media, which echoed remarks by top Chinese diplomat Yang Jiechi earlier this month, pointed to one possible area of compromise. Biden's Indo-Pacific coordinator Kurt Campbell said in January that the U.S. could reverse such actions to build confidence with China.

"From China's perspective, the responsibility of deterioration in China-U.S. relations during the Trump administration lies mainly with the U.S.," said Zhou Qi, director of Institute of Global Governance and Development at Tongji University. "To get the ties back on track, the U.S. needs to change its attitude first."